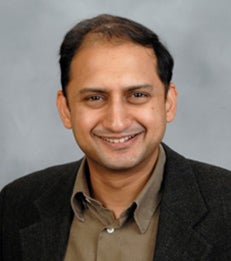 Professor Acharya will officially begin his three-year term of service on January 20, 2017.

As one of the world’s fastest growing economies, India has the massive potential to become an economic powerhouse.

Professor Acharya will officially begin his three-year term of service on January 20, 2017.

NYU Stern School of Business announced that Professor of Finance Viral Acharya has been appointed Deputy Governor of the Reserve Bank of India (RBI) by the Central Government of India. Professor Acharya will officially begin his three-year term of service on January 20, 2017.

“We are extremely proud of our colleague Viral Acharya who has been named Deputy Governor of the Reserve Bank of India,” said Peter Henry, dean of NYU Stern. “An outstanding and prolific scholar, Viral will undoubtedly bring breadth, depth and real-world insight to this prestigious policy post in such an important emerging market in the global economy.”

In his new role, Professor Acharya will be in charge of monetary policy, foreign exchange and market operations, as well as research and statistics. Professor Acharya’s primary research interests are in the regulation of banks and financial institutions, measurement of systemic risk, and understanding the nexus between sovereign and financial sector credit risks.

“India is at an exciting but challenging time,” said Viral Acharya, the C.V. Starr Professor of Economics at the Department of Finance of NYU Stern. “As one of the world’s fastest growing economies, India has the massive potential to become an economic powerhouse. I am thrilled to have the opportunity to help advance India’s economy by contributing to policies at the RBI that can ensure the country’s stable growth and are at the same time globally responsible.”

Professor Acharya, also the Director of the NSE-NYU Stern Initiative on the Study of Indian Capital Markets, has received numerous awards and recognition for his research including the recent Alexandre Lamfalussy Senior Research Fellowship of the Bank for International Settlements (BIS) for 2017 and the inaugural Banque de France and Toulouse School of Economics Junior Prize in Monetary Economics and Finance in 2011.

Continued Henry, “We wish Viral all the best in his new position and are looking forward to his return to NYU Stern.”

New York University Stern School of Business, located in the heart of Greenwich Village, is one of the nation’s premier management education schools and research centers. NYU Stern, whose faculty includes three Nobel Laureates in Economics, offers a broad portfolio of programs at the graduate and undergraduate levels, all of them enriched by the dynamism, energy and deep resources of one of the world’s business capitals. Visit www.stern.nyu.edu and follow NYU Stern on Twitter: @NYUStern.
Share / Print