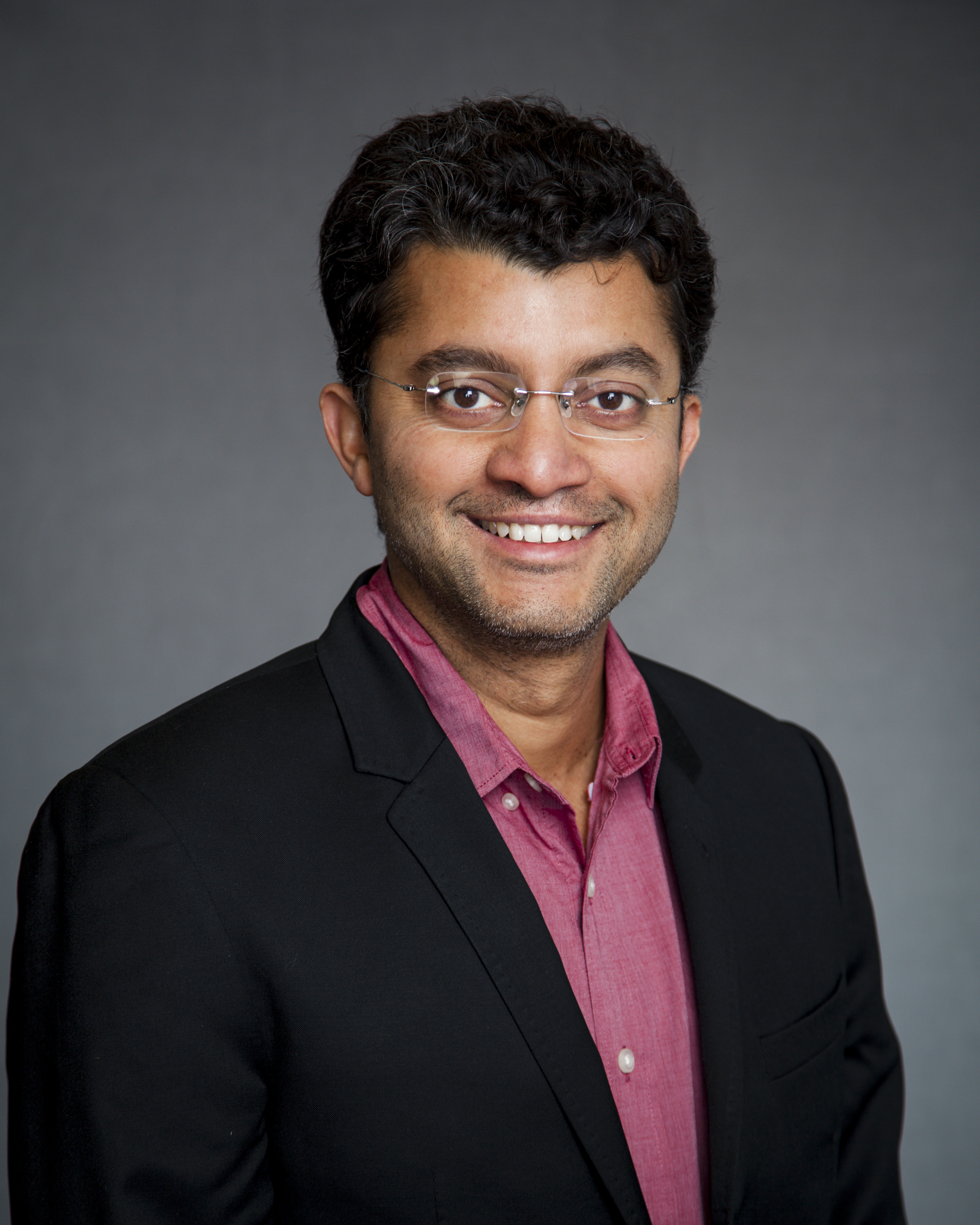 Anindya Ghose is the Heinz Riehl Chair Professor of Business at New York University's Leonard N. Stern School of Business where he holds a joint appointment in the IOMS and Marketing departments. He is the author of TAP: Unlocking The Mobile Economy, which is a double winner in the 2018 Axiom Business Book Awards and has been translated into multiple languages. He is the Director of the Masters of Business Analytics Program at NYU Stern. He is a Leonard Stern Faculty Scholar with an MBA scholarship (the Ghose Scholarship) named after him. He has been a Visiting Professor at the Wharton School of Business. In 2014, he was named by Poets & Quants as one of the Top 40 Professors Under 40 Worldwide and by Analytics Week as one the "Top 200 Thought Leaders in Big Data and Business Analytics". He is the youngest ever recipient of the prestigious INFORMS ISS Distinguished Fellow Award, given to recognize individuals who (i) have made outstanding intellectual contributions to the discipline with publications that have made a significant impact on theory, research, and practice and (ii) intellectual stewardship of the field as reflected in the mentoring of doctoral students and young researchers. In 2017 he was recognized by Thinkers50 as one of the Top 30 Management Thinkers globally most likely to shape the future of how organizations are managed and led in the next generation. Thinkers50 also bestowed the Distinguished Achievement Award Nomination for 'Digital Thinking' in 2017. His rise from assistant to full professor in 8.5 years at NYU Stern is widely regarded as one of the fastest in the history of several disciplines in business schools globally.

He has consulted in various capacities for Apple, Berkeley Corporation, CBS, Dataxu, DFS Group, Facebook, NBC Universal, OneVest, Samsung, Showtime, 1-800-Contacts, and 3TI World, and collaborated with Adobe, Alibaba, China Mobile, Google, IBM, Indiegogo, Microsoft, Recobell, Travelocity, Via, and many other leading Fortune 500 firms on realizing business value from IT investments, internet marketing, business analytics, mobile marketing, digital analytics, social media, and other areas. He occasionally serves as an expert witness for information technology and consumer-related litigation and has provided expert testimony in multiple trials and depositions. He has experience in securities, intellectual property, antitrust and competition, copyright infringement, and merger appraisal cases that have required industry domain knowledge, AI, machine learning, econometric and statistical issues. He has testified in a number of matters, including the Verizon-AOL merger appraisal, the Federal Trade Commission's case against 1-800-Contacts, and the interactive music streaming royalty rate case between Apple, Amazon, Google, Spotify, and the Copyright Royalty Board. He also serves as the Scientific Advisor to many start-ups around the world.

He has published more than 90 papers in premier scientific journals and peer reviewed conferences, and has given more than 250 talks nationally and internationally. He is a frequent keynote speaker in executive gatherings and thought leading events globally. His research has received 16 best paper awards and nominations. He is a winner of the NSF CAREER award and has been awarded 14 grants from Google, Microsoft, Adobe and several other corporations. His research analyzes the economic consequences of the Internet on industries and markets transformed by its shared technology infrastructure. He has worked on product reviews, reputation and rating systems, digital marketing, data privacy trade-offs, sponsored search advertising, wearable technologies, mobile commerce, mobile advertising, crowdfunding, and online markets. He also plays a senior advisory role to several start-ups in the Internet space. He has been interviewed and his research has been profiled numerous times in the BBC, Bloomberg TV, CNBC, China Daily, The Economist, The Economic Times, Financial Times, Fox News, Forbes, Knowledge@Wharton, Korean Broadcasting News Company, Los Angeles Times, Marketplace Radio, MSNBC, National Public Radio, NBC, Newsweek, New York Times, New York Daily, NHK Japan Broadcasting, Quartz, Reuters, Time Magazine, Washington Post, Wall Street Journal, Xinhua, and elsewhere. He teaches courses on digital marketing and business analytics at the undergraduate, MBA, EMBA, MSBA, and Executive Education levels.

He serves as an Associate Editor of Management Science and a Senior Editor of Information Systems Research as a Senior E-Business Consultant with IBM. He has a B. Tech in Engineering from the Regional Engineering College (NIT) in Jalandhar, and an M.B.A in Finance, Marketing and Systems from the Indian Institute of Management, Calcutta. He received his M.S. and Ph.D. from Carnegie Mellon University's Tepper School of Business. He is an accomplished high altitude mountaineer and has climbed in five continents.

Ghose, A., and S. Han (2014)
Estimating Demand for Mobile Apps in the New Economy
Management Science

Ghose, A., P. Ipeirotis, B. Li (2013)
Examining the Impact of Ranking and Consumer Behavior on Search Engine Revenue
Management Science

Burtch, G., A. Ghose, S. Wattal (2013)
An Empirical Examination of the Antecedents and Consequences of Investment Patterns in Crowd-Funded Markets
Information Systems Research

Ghose, A., A. Goldfarb, S. Han (2013)
How is the Mobile Internet Different? Search Costs and Local Activities
Information Systems Research

The Interplay Between Online Reviews and Physician Demand

In a podcast interview, Professor Anindya Ghose shares takeaways from his joint research with Professor Xiao Liu on the effect of voice AI on consumer purchase and search behavior; his book, "Tap: Unlocking the Mobile Economy," is mentioned