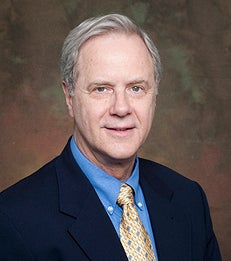 Zur Shapira holds the William R. Berkley Professorship of Entrepreneurship and is a Professor of Management at New York University Stern School of Business. He teaches courses in negotiations, managerial decision making, and managing organizations. Professor Shapira is Editor in Chief of Organization Science.

Professor Shapira has been with NYU Stern for more than 25 years. His primary areas of research include managerial risk taking, organizational decision-making, and innovation and entrepreneurship. He is the author of several books, including Risk Taking: A Managerial Taking Perspective and his writing has appeared in several publications including Management Science, Organization Science, Organizational Behavior and Human Decision Processes, Psychological Review, The Journal of Applied Psychology and The Journal of Personality and Social Psychology. He is also on the editorial board of the Journal of Behavioral Decision Making, the Journal of Management and Governance, Multivariate Behavioral Research and Organizational Behavior and Human Decision Processes. In addition to his current research position at Stern, Professor Shapira has won several other honors that include being elected as a fellow of the American Psychological Society, a 2000 Summer Residence at the Rockefeller Foundation's Study Center in Bellagio, Italy, and a Visiting Scholar at the Russell Sage Foundation.

Professor Shapira's research has been cited in the Wall Street Journal, Inc. Magazine, and Institutional Investor. He has appeared on BBC Worldwide TV, CNBC, NBC's Today Show and on NPR.

Professor Zur Shapira highlights the importance of risk-taking in business

From #MeToo to #WeDo: Our Shared Responsibility to Eradicate Sexual Harassment

A Category 5 Decision: The Complexities of Ordering Hurricane Evacuations

Hurricane Evacuation Decisions Should Not Rest with Politicians

The Human Element in Investment Decisions

The Evolution of a New Industry: A Genealogical Approach