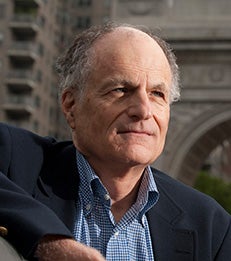 Like physicists, we economists use models and data to learn. We don’t learn new things until we appreciate that our old models cannot explain new data. We then construct new models in light of how their predecessors failed.

Until recently, two big impediments limited what research economists could learn about the world with the powerful methods that mathematicians and statisticians, starting in the early 19th century, developed to recognize and interpret patterns in noisy data: Data sets were small and costly, and computers were slow and expensive. So it is natural that as gains in computing power have dramatically reduced these impediments, economists have rushed to use big data and artificial intelligence to help them spot patterns in all sorts of activities and outcomes.

Data summary and pattern recognition are big parts of the physical sciences as well. The physicist Richard Feynman once likened the natural world to a game played by the gods: “You don’t know the rules of the game, but you’re allowed to look at the board from time to time, in a little corner, perhaps. And from these observations, you try to figure out what the rules are."

Feynman’s metaphor is a literal description of what many economists do. Like astrophysicists, we typically acquire non-experimental data generated by processes we want to understand. The mathematician John von Neumann defined a game as (1) a list of players; (2) a list of actions available to each player; (3) a list of how pay-offs accruing to each player depend on the actions of all players; and (4) a timing protocol that tells who chooses what when. This elegant definition includes what we mean by a “constitution" or an “economic system": a social understanding about who chooses what when.