Big Food: Lobbying Will Only Accelerate the Inevitable 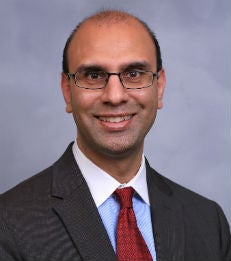 ...long before the latest Guidelines were being contemplated, large food companies began witnessing the rapid evacuation of their consumers.

It was politics as usual at the Congressional hearing last week with the Secretaries of the Departments of Agriculture (USDA) and Health and Human Services (HHS) over the report by the 2015 Dietary Guidelines Advisory Committee (DGAC). In March, seventy-one Representatives wrote a letter to Secretaries Vilsack and Burwell expressing their "sincere disappointment" with the report, stating that the Committee "greatly exceeded their scope in developing recommendations, to the detriment of the American diet." The DGAC is a committee of independent scientists jointly convened every five years by the Secretaries of the USDA and HHS, and is charged with examining the latest scientific evidence to inform revisions to the Dietary Guidelines for Americans. This year's report suggests that current American dietary patterns are highly distorted, and that "a healthy dietary pattern is higher in vegetables, fruits, whole grains, low- or non-fat dairy, seafood, legumes, and nuts, and lower in red and processed meat, sugar-sweetened foods and drinks and refined grains [1]." New recommendations include listing the quantity of added sugars on the Nutrition Facts labels of packaged foods, and economic disincentives for consumption of sugar sweetened beverages such as a 'soda tax.' The Committee has also stated that a diet higher in plant-based foods is associated with less environmental impact than is the current U.S. diet--an unprecedented move by the Committee.

It is hardly surprising that the food industry has gone on the offensive. Federal records show that corporate organizations such as the American Beverage Association spent $15.3 million lobbying on the guidelines in the second quarter of this year, compared to just $1.1 million by groups supporting the proposals such as the American Academy of Pediatrics. The Congressional Representatives who were signatories to the letter to the Secretaries, themselves, received over $2 million in contributions from food and agricultural interests in 2013 and 2014 [2]. In a show of solidarity with Coca-Cola, Warren Buffet, whose Berkshire Hathaway is its largest shareholder, told CNBC after release of the report that a full one-quarter of the calories he consumes comes from Coca-Cola. Industry lobbying has also induced the House of Representatives to introduce a rider in the 2016 Agricultural Appropriations bill that would prevent the release and implementation of the Guidelines, scheduled to come out in December 2015. In an era where corporate lobbying in Washington continues to reach new highs, this behavior may seem like business-as-usual; but this may just be the turning point in the history of America's food industry, where it is no longer in their best interest to stop guidelines that promote health and ecological sustainability.

Read the full article as published on The Huffington Post.

___
Hans Taparia is a Clinical Assistant Professor of Business and Society.
Share / Print