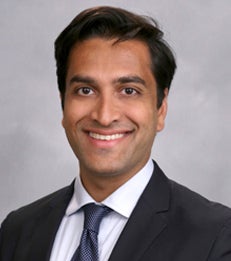 Under normal circumstances, New York City’s sidewalks bustle with energy: with workers commuting to the office, students heading to class, and tourists checking out the Big Apple. They also contain something found in no other great city in the world—piles of garbage, dumped in bags on the sidewalk. This unsightly, foul-smelling practice has earned New York City the dubious label #TrashCity, and it’s a sign of the city’s complacency that New Yorkers tolerate these piles. Any plan to reopen the city, post-Covid-19, should not settle for a return to the status quo. We should use this disruption as an opportunity to make Gotham greater—and that includes getting garbage off the streets.

New York City’s trash woes are linked to its urban design. Other American cities were designed with alleyways, allowing trash to be stored in dumpsters, out of sight. New York’s grid layout doesn’t leave room for these side streets, so trash instead gets bagged and dumped on the sidewalk. The Department of Sanitation handles trash pickups for residential buildings, government offices, and some nonprofits at least twice a week. Trash intended for the Department of Sanitation is supposed to be placed in front of curbs after 4 p.m., but many building managers throw it outside at irregular intervals, leading to garbage pileups. A separate, private system of trash collection serves commercial establishments.

This patchwork system imposes significant costs on New Yorkers. First, the presence of trash on sidewalks is an unsanitary and noxious-smelling harm to quality of life. Longtime New Yorkers may have learned to live with this unpleasantness, but it likely contributes to many families’ decision to flee to the suburbs, and it makes a bad impression on tourists, too.