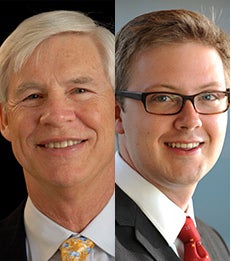 Continued updating of this portfolio based on new information about the relationship between climate news and stock returns will ultimately lead to a portfolio which is long the winner from climate change and short the losers.

In the long term, climate change presents a grave threat to the planet and everything living on it, but it is impossible to know how severe these effects will be. In an effort to provide guidance to those looking to hedge their bets, NYU Stern Professors Robert F. Engle and Johannes Stroebel have created a method for hedging portfolios against climate change risk and, in so doing, provide a methodology for constructing portfolios that hedge against risks that are otherwise difficult to insure.

In “Hedging Climate Change News,” a National Bureau of Economic Research working paper, Professors Engle and Stroebel, along with Stefano Giglio, Bryan T. Kelly, and Stern PhD candidate Heebum Lee, correlated AI-based textual and sentiment analyses of published news reports about climate incidents and trends with the pricing behavior of a selection of securities. Their hypothesis held that if climate change represents a risk factor for asset markets and contributes to driving the co-movement of different assets, then it should be possible to construct a well-diversified portfolio whose return isolates the exposure to that risk factor.

To arrive at their dynamic hedging strategy, the researchers created two indices based on global climate change news published over a several-year timeframe. One index, based on news as reported in The Wall Street Journal, associated increased news reports about climate change to increased risk, on the assumption that reports rising to the level of publication in the Journal indicate increased concern for investors. Another index focused specifically on bad news about climate change as collected by a data analytics firm from more than a trillion news articles and social media posts. Next, the authors systematically explored which stocks rose in value and which fell when news about climate change was published.

The portfolio that leaned toward stocks whose price rose on climate change news would be well positioned to profit on the next dire announcement, the authors reasoned. “Continued updating of this portfolio based on new information about the relationship between climate news and stock returns will ultimately lead to a portfolio which is long the winner from climate change and short the losers,” they wrote.

The hedge portfolios constructed by the authors performed better than existing alternatives in a variety of scenarios, both in and outside of the sample timeframe. Additionally, these portfolios identified, both within and across industries, those firms that had the greatest exposure to risk associated with climate change. The result is a climate hedge portfolio that is comparatively balanced across sectors, and a methodology that can be applied to similarly unpredictable phenomena.

The research was funded in part by a two-year grant that Professors Engle and Stroebel received from the Norwegian Finance Initiative as well as by a grant from the Global Risk Institute.
Share / Print