Hurricane Evacuation Decisions Should Not Rest with Politicians 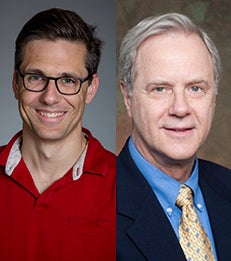 By JP Eggers and Zur Shapira

Removing politics from evacuation decision-making is vital to the safety and vitality of America’s citizens and economy.

By JP Eggers and Zur Shapira

With the height of hurricane season upon us and Harvey, Irma, and perhaps even Jose wreaking havoc on the U.S. coastline, this is an important opportunity to re-evaluate typical emergency response processes, especially who is responsible for making the life-or-death call of whether to issue an evacuation order.

Recently, as Hurricane Harvey cruised toward Houston, the city’s residents received conflicting advice. Texas Governor Greg Abbott stated that Houston residents should “strongly consider evacuating” even if an order “hasn’t been issued by your local official.”

Meanwhile, Houston Mayor Sylvester Turner said that residents should stay in town, citing concern for the potential for massive gridlock like what occurred before Hurricane Rita in 2005, when more than 100 people perished in the staggering heat and standstill traffic of an evacuation.

Read the full article as published by The Hill.
___
JP Eggers is an Associate Professor of Management and Organizations and Zur Shapira is a Professor of Entrepreneurship and Management.
Share / Print