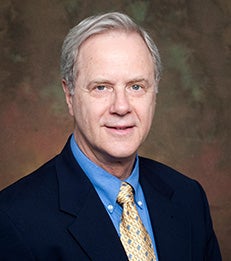 In the wake of George Floyd’s killing in Minneapolis, activist demands for defunding the police have reverberated across the country. Even if these steps are taken, the “new normal” of policing will provide only a partial solution for the underlying problem – the racial injustice and inequality that is deeply ingrained in our society. In order to effectively combat racism and persistent inequality, we must begin actively educating our youth, as early as preschool, before attitudes form and develop into deep-seated prejudice.

There is evidence that 3-month-old infants can distinguish between their own race and other races, showing a preference for their own by looking longer at own-race faces. The same research shows that similar infants who had high exposure to and familiarization with other-race faces, did not exhibit this same preference. This means that young children do not instinctively associate skin color with fear or hatred. Research demonstrates that negative attitudes toward other races are learned and developed from societal influences. Such development can be reinforced by the fact that many white kids don’t meet many children of color who are often poor and live in segregated neighborhoods. Living in largely segregated neighborhoods, children develop positive beliefs about their own race and negative stereotypes of other races as they grow up. Without sufficient interaction and contact with children from other races combined with exposure to negative categorizations of other races by adults, negative attitudes and prejudice can be passed on from generation to generation.

Time and time again, society has shown that this racist mentality has not materially changed since 1974.  In his 1974 book, If Beale Street Could Talk, James Baldwin tells how only one landlord was willing to rent an apartment to a young couple in Greenwich Village because they were African American. Just two weeks ago, a 17-year-old athlete from Minnesota, named Sean recalled in an NPR radio interview that 2 years ago while he was jogging in a nearby white neighborhood, a white woman drove in front of him, blocked his way and asked him if he ran because he stole something from a store. The murder of Ahmaud Arbery demonstrates how racism led white people to kill an innocent black jogger. In May, a woman in Central Park became hysterical when a gentle bird watcher who was black requested that she leash her dog. We’re long overdue for meaningful and lasting change.

Legislation may reduce police brutality but will not effectively change adults’ attitudes. To change racial negative attitudes in the future, young children need to spend time together in multi-racial environments starting in pre-school or even younger. If we are serious about moving funds away from policing to be used by communities, focused attention should be given to the young. By creating diverse environments for young children to grow together, we will see a decline in negative attitudes toward other races. We should garner the energy of the multi-racial young protestors and invest in the next generation that can lead to a more just future without systematic prejudice and racism.

One way to achieve this goal is to create multi-racial activities for young kids via after-school activities together, such as visiting museums, sport events and multi-racial community celebrations. Pre-schoolers from one racial community should incorporate into their schedule visits to a pre-school in different racial community and vice versa, on a regular basis where they will play together in mixed racial groups. In addition, toys, like dolls, should exemplify diversity and if kids ask about color and race those topics should be discussed with the children since young children can distinguish among races. While busing may be a burden on students and parents, METCO (the Massachusetts Metropolitan Council for Educational Opportunity) a voluntary program has been running in Boston since 1966 where it buses students from the city to the affluent suburbs and shows high scholastic achievements by students of color. It is also imperative that groups of young children be balanced in terms of the proportion of children from different communities since there is evidence that when a majority of children come from one racial group they tend to develop attitudes and beliefs about the uniqueness of their racial group. In the absence of a majority such beliefs are less likely to develop.

It is encouraging to see the huge crowds of multi-racial young protestors in our cities’ streets demonstrating over the last few weeks. The diverse turnout suggests that the younger generations don’t share the hatred that some members of older generations hold against people of color. Parents, teachers, school administrators and community organizers should seize the momentum of the nationwide protests and channel that energy into lasting societal reforms. Looking beyond police reform, now is the time to focus on the youngest generation and develop ways that will allow children to grow together while acknowledging racial differences, but without allowing those differences to develop to racial prejudice.

___
Zur Shapira is the William R. Berkley Professor of Entrepreneurship and  Management at New York University Stern School of Business. His recent research focuses on adapting to changing environments and on group and organizational learning.
Share / Print