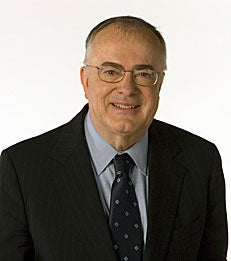 Gone are social costs and rider-repellants like aggressive panhandlers, the omnipresent platform stench and uncollected trash that would drive straphangers to seek an alternative, any alternative.

For a habitual subway user in Manhattan since 1970, the drumbeat of criticism can get a bit much. Words like crumbling, obsolete, filthy, rat-infested and unreliable roll as easily off the tongues of hassled straphangers as the above-ground chattering classes in their limos and Ubers. Politicians join the chorus when it suits them, talking a good game during short political cycles while earning an F for securing their own legacy by creating and maintaining vital investments with 75-100 year time-horizons.

And even when useful projects actually get done (there are only two in my lifetime, both unfinished), completion schedules can span generations and leave behind eye-watering cost overruns – capital deadweight that produces exactly nothing of value yet saddles taxpayers with massive debt service for years to come. In short supply today is the kind of far-sightedness that helped create New York’s bridges and tunnels, its parkways, its world-class water system, and of course the original subway infrastructure.

But wait! Are things really so bad that we need to rebuild from scratch? In some ways they’re worse. Reimagining a world-class subway system that can secure the City’s future will be the biggest urban transport project ever undertaken. It requires reconfiguring and reengineering century-old layouts interlaced with all kinds of critical gas, heat, electric power and communications utilities that have accumulated like barnacles on a ship’s hull over the decades. Don’t believe it? Look down an open manhole sometime. But we’re stuck with what we’ve got.

Along with rebuilding most of the system’s stations and yards, any serious rehab has to happen while close to 2 billion testy passengers a year have to be moved around the City. They have it much easier in places like Singapore, Paris, Shanghai and even London, not painfully rehabbing but mainly constructing brand new high-speed and local lines, and doing it on time and on budget even in the most ancient of cities. Subway passengers are not unreasonable by nature, but their morale does reflect the chances of seeing real benefits before they pass from this earth.

Still, it was a lot worse in the 1960s and 1970s with only about 900 million riders a year as those with a memory of the way things used to be can tell you.  Gone today are the graffiti-covered windows blocking the view of station stops, the piles of onboard trash, and even some of the system’s clunkers have started new and improved lives after an amazingly attractive renovation,

Gone are social costs and rider-repellants like aggressive panhandlers, the omnipresent platform stench and uncollected trash that would drive straphangers to seek an alternative, any alternative. Even the new generation of subway buskers and gymnasts has been toned-down. Many conductors, agents and transit police now make an effort, and it shows. Passengers with plenty to gripe about are mostly civil, and offer seats to those who obviously require them. And there’s no need to worry anymore about misunderstood eye-contact with fellow passengers, thanks to today’s attention-grabbing electronic devices.

Except for the glaring omission of efficient subway links to the airports, visitors from overseas can get used to our system with a bit of practice. It’s New York, after all, and there will be some good stories to tell when they get home.

So there’s always a bright side, and today’s subway ecosystem has one too. There are plenty of people who deserve credit for things not being worse, or even much worse. Sustainability is a different issue. Pendulums swing, and there’s no guarantee that we won’t revert to the bad old days rather than a bright new dawn.  The City has to play the cards it’s been dealt. In New York there’s not that much “greenfield” around to accommodate big new from-scratch projects that can move the needle, and “brownfield” rehabbing will be the name of the game.

To top it off, nobody wants to pay - something that the subway shares with big infrastructure projects around the world. Well thought-through and executed infrastructure can be enormously productive year after year over decades and sometimes centuries – to the point where even huge development costs fade into insignificance. But the costs fall on people in the here and now, while the benefits are widely dispersed over space and time. So the former don’t want to pay, and the latter can’t easily be made to pay. Think a New York subway renaissance will run a deficit in cost-benefit terms? Almost impossible, but we still end up with enormously beneficial infrastructure projects that cannot be readily financed.

Actually, there are plenty of solutions. Tax those who don’t pay but benefit most directly, like landowners and developers enriched by the subway - taxes that may in part get passed along to residents and businesses in higher rents and ownership costs. Those who benefit most directly are made to pay, but nonetheless turn out to be better off.  Elderly and low income riders can be subsidized directly, without subsidizing the whole system. Or go for a broader tax net that covers all of New York’s residents and visitors with a permanent City subway tax and hotel surcharge.

And as for the free-riders: Don’t use the subway? Too bad. Your limo battles less traffic the more people head underground. Commute from the burbs and walk to work? Too bad. The value of the subway is baked into your home value and your ability to resell it. Want to make the cost burdens progressive? Add features like a nonresident vacancy tax on all those unused luxury condos owned as a bolt-hole by foreigners and finance bigger discounts for the poor and the elderly. There’s plenty of revenue elasticity in a “city of the future” like New York.

New York’s subway is a scruffy hidden treasure. All it takes is visionary political leadership, disciplined execution and management, and imaginative financing to unlock it for the future prosperity and vibrancy of the City.