Making the Case for ‘Subjective Age’ in the Multigenerational Workforce 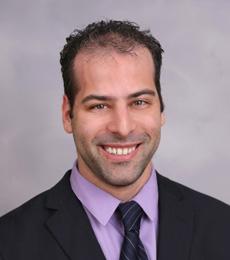 By Michael S. North and Noemi Nagy
In today’s business world, for the first time ever, up to five generations find themselves working side by side in an increasingly volatile, fast-paced, and uncertain economy. Challenges in the workplace are bound to arise, including those related to cultural gaps. But generational differences are nothing new; Aristotle complained about younger generations in his writings way back in the fourth century B.C. Such criticism also manifests in modern ways, such as the derisive phrase “OK, boomer.” So how can companies overcome these complicated issues to help all employees thrive in the modern workplace?

The most significant problem with age-based generalizations is that they oversimplify and inaccurately reflect the current unprecedented age diversity of the workforce. In addition, these stereotypes assume that chronological age is more reliable than it is. But while chronological age is useful to track childhood development, it grows appreciably less predictive of personality or behavior the older we get. In other words, there are larger differences within age groups than between age groups, and this discrepancy grows as we age. Sociologists call this concept aged heterogeneity.

In the context of work, aged heterogeneity implies that companies and policy makers should not consider all older workers as equivalent — and yet that is exactly what they have tended to do, including in the Age Discrimination in Employment Act of 1967. Surprisingly, scholarly research in this area also tends to view all older workers through the same lens. Research is sparse in this critically important area, despite the fact that older workers are the fastest-growing segment of the workforce, and a projected 13 million people age 65 and above are expected to be employed in the U.S. by 2024, compared with 8.9 million in 2016.

____
Michael S. North is an Assistant Professor of Management and Organizations
Noemi Nagy is a Visiting Research Professor
Share / Print ▼

"Millennials and Baby Boomers are Taught to Hate Each Other—But They Need Each Other to Survive,"
— 3.24.17
"Young Workers Expect Their Older Colleagues to Get Out of the Way,"
— 3.9.17
"Millennials and Boomers Feel Like They’re Living in Two Different Americas—and That’s a Big Problem,"
— 2.15.17
"Don’t let rift between generations spark a toxic era of ageism,"
— 10.11.16