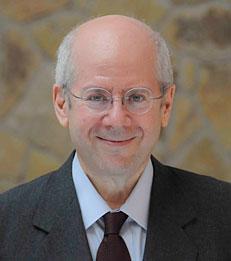 By Stephen G. Cecchetti, Michael Feroli, Anil K Kashyap, Catherine L. Mann, and Kim Schoenholtz
When confronted with the next recession, how should central banks support the economy? Because interest rates already are very low in the advanced economies, a further reduction likely will be insufficient to speed recovery. New co-authored research by Professor Kim Schoenholtz examines whether the range of new monetary policy (NMP) tools that were developed over the past decade can do the job.

In “Monetary Policy in the Next Recession?”, which was presented at the annual U.S. Monetary Policy Forum on February 21, 2020, Professor Schoenholtz along with four co-authors conclude that central bankers should incorporate the new tools—including quantitative easing, forward guidance and negative interest rates—into their policy strategies and clearly communicate these plans, but they should be humble about their likely success.

Key findings from the research include: “It is even possible that more aggressive action would shorten the period of implementation of NMP tools, helping to limit financial stability risks,” the authors write.

The authors note their analysis also raises questions for future exploration, including which tools should be deployed first and whether simultaneously deploying multiple tools would be most effective.

They conclude: “Perhaps the biggest takeaway from our analysis is that in the next recession, monetary policymakers should be humble about how much can be expected from NMP tools.”

"Let Crypto Burn.,"
— 11.17.22
"Corporate Greed Isn't to Blame For High Inflation.,"
— 8.23.22
"Russian Sanctions: Some Questions and Answers,"
— 3.21.22
"Professors Richard Berner and Kim Schoenholtz offer thoughts on banking, capital markets and the Fed’s response to COVID-19,"
— 7.25.20
"Professor Kim Schoenholtz weighs in on how Japan and other advanced economies can tackle the challenges of high government debt and aging populations,"
— 7.7.20