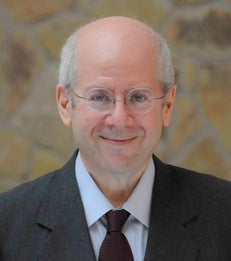 Kim Schoenholtz is Clinical Professor Emeritus in the Economics Department of NYU Stern School of Business, where he taught courses for more than a decade on money and banking and macroeconomics, and directed the Stern Center for Global Economy and Business. His research focuses on monetary policy and financial regulation. In 2017, he received a Faculty Leadership award from NYU Stern. From 2015 to 2019, he served on the Stern Faculty Council.

Schoenholtz received an M.Phil. in economics from Yale University in 1982 and an A.B. from Brown University in 1977. He was a visiting scholar at the Bank of Japan's Institute for Monetary and Economic Studies from 1983 to 1985.

Schoenholtz became a member of the Council on Foreign Relations in 2016. He has been a panel member of the U.S. Monetary Policy Forum since its founding in 2007 and a participant in the U.S.-China Track II Economic Dialogue since 2011. From 2015 to 2022, he served on the Financial Research Advisory Committee of the U.S. Treasury’s Office of Financial Research. Previously, he was a member of the Executive Committee of the Centre for Economic Policy Research in London..

Schoenholtz is the co-author of a popular textbook on money, banking and financial markets and of a blog on the same topic at www.moneyandbanking.com.

Russian Sanctions: Some Questions and Answers

If the Fed Puts its Stress Test Results in the Shadows, It Will Backfire

The Euro Area in the Age of COVID-19

In a co-authored column, Professor Kim Schoenholtz argues that the global financial system will continue to operate on a dollar system for at least the next 10 years