NFL and Amazon – The Future of Sports Entertainment 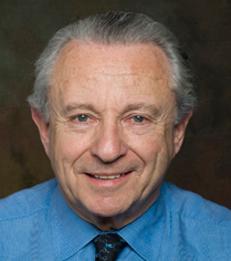 There is no question that the path is open for new arrangements in media and sports, and Amazon is clearly laying the ground work now.
By Al Lieberman
Today’s entertainment companies are at a constant battle between each other and within themselves. The growth of social media platforms, skinny-bundles, cord cutting and the escalating prices of television rights has put enormous pressure on TV broadcast networks, in particular.

While no specific industry has emerged unscathed, the world of sports entertainment has been hit especially hard. Amazon’s recent announcement with the NFL to stream ten Thursday night games for this upcoming season comes at a critical, and telling time. Is this the beginning of the end for broadcast TV’s lock on sports as we know it?

Granted, it should be no surprise that access direct to the consumer would be part of the NFL digital marketing strategy. We saw this through Rob Shaw’s recent strategy between sports and its fans at Facebook. Shaw really began the path towards the intersection between sports and its fans on social networks. And it makes perfect sense – avid sports fans share the common desire/need for instant gratification through immediate viewing. This year's Super Bowl proved there is never any certainty of the outcome even into the final quarter.

In the era where we can know all at the touch of a button (whether we want to or not), no fan has any desire to DVR or time shift sports and await the results until the next day. And if he or she did, it would be nearly impossible to shield oneself from the score for that long of a period of time anyway.

Amazon’s entry into live sports entertainment had a $50 million price tag for 10 Thursday NFL games for one year.

When we consider the experiments by NBC during the Olympics or the 1000-pound gorilla ESPN investing in their exploration of social media, it seems that the Amazon deal was inevitable. Of course at least one member of the FANG (Facebook, Amazon, Netflix and Google) group would be interested in what is today a multi-billion dollar revenue stream for the leagues, and the teams.

It may seem like a ton of money on a per game licensing arrangement, but remember Amazon’s got the retail strategy. Its sales could create or at least stimulate a share of the huge merchandise sales in the sports industry including caps, t-shirts, jackets, and varied team and player sweatshirts with names and numbers. Not to mention, having a consumer on the site or in the app who could easily start shopping for other necessities during breaks.

There is every expectation that this is a low-cost experiment for the future of Amazon and sports. Perhaps this is a significant development in foretelling the future. Real-time sports watching through Amazon could create a whole new live viewing and shopping experience. Sports video games from the leagues along with sports memorabilia and even sports movies (some of which are launched at the TriBeCa ESPN festival brand each year), will become part of the retail sales at Amazon.

There is no question that the path is open for new arrangements in media and sports, and Amazon is clearly laying the ground work now. The best part of this new digital strategy is that there are enough Sports Leagues and games to go around in the licensing of rights. But this could mark the end of Broadcast TV’s domination of sports viewing.

Waiting in the wings are Apple TV, Hulu and YouTube, among others, who must have their eye on the enormous sports fans demographics and the attendant revenue stream. Right now their focus is on gaining film and TV programming (episodic) rights for streaming to their customers. When they get that right the focus will shift to sports rights. And don’t forget about Netflix! Sports is all about competition and what is warming up in the battle for sports distribution will equal what is happening on the field.

___
Al Lieberman is the Albert Gallatin Memorial Clinical Professor of Business, a Professor of Management Practice and the Executive Director of the Entertainment, Media and Technology Program.
Share / Print ▼