The Problem with (and Cure for) FASB’s CECL 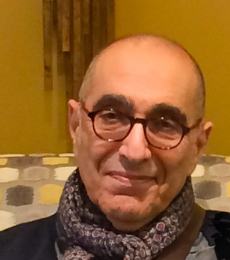 Under the rule, loan originations that would amount to many billions of dollars would force the banks to take loss provisions upfront based on the lifetime default expectations on the borrowings. The anomaly of recognizing credit losses upon the origination of loans is an unfortunate consequence of faulty reasoning underlying the accounting rule. Articulated, the definition of the discount rate to be used to obtain the provision for credit losses (present value of future losses) ignores that lenders would rationally increase interest rates to compensate for whatever default risk and consequent nonpayment of principal or interest they anticipate over the lifetime of the loan. Hence, they would expect not to incur any economic loss upon loan origination. As stipulated in the rule, the computation of the expected credit loss creates accounting losses where no economic losses exist. The cure for this is to use as the discount rate the hurdle rate – the weighted average cost of capital -- that is otherwise charged on loans where no loss is expected).

The purpose of the rational interest rate adjustments lenders make is to prevent economic loss. If, over time, they forecast a heightened default risk, they would increase interest rates again (in many cases of loans with no fixed interest rate) to make themselves whole. Yet, the FASB’s guidance requiring the use of the ‘‘effective interest rate’’ (the stipulated loan interest rate) rather than the conceptually correct discount rate, the hurdle rate, results in recording accounting losses when the lender does not expect any economic loss due to having taken logical steps to avoid it.

If a lender, imprudently or purposefully for other business reasons (such as when viewing the loan as part of a bundle of business deals), fails to charge an interest rate that compensates for expected losses, then a credit loss that is equivalent to the economic loss would be reported if the conceptually correct hurdle rate is used. Using the contractual rate stipulated in the standard magnifies the accounting loss beyond the economic loss. 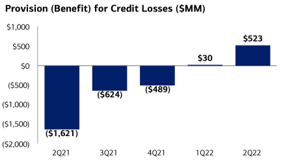 Had the banks used the correct hurdle rate, their provisions for credit losses upon loan origination will have most likely disappeared.

CECL was designed to address a potential procyclicality of the pre- CECL model. The argument that estimating loans’ lifetime losses and reflecting these in financial statements as they change over time is sound in principle, assuming an ability to forecast accurately. However, the prescription that expected cash collections, which prudent lenders have adjusted to avoid economic loss, should be discounted using the contractual rate of return undermines the usefulness of financial statements. Specifically, it gives rise to apparent accounting losses upon the origination of loans in the absence of economic losses. Using the contractual rate as the accounting rule prescribes can profoundly affect required capital and hence reduce lending, especially in economically depressed episodes, such as during the possibly forthcoming anticipated recession.
___
Joshua Ronen is a Professor at NYU Stern.
Share / Print