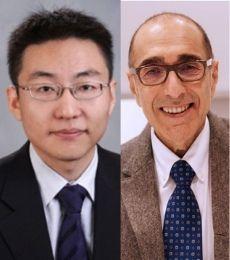 By Yiwei Dou, Joshua Ronen and Tuba Toksoz
Asset securitizations have become a prominent type of financial transaction in recent decades. According to the Securities Industry and Financial Markets Association, $3.3 trillion worth of mortgage- and other asset-backed securities were issued in 2006. This number fell to $1.6 trillion in 2008 and rebounded to $2.4 trillion in 2016, compared with $1.5 trillion issuances of corporate debt in 2016. While research documents various benefits from securitization, the complexity and financial reporting opacity of these transactions have raised concern among academics, practitioners, and standard-setters. In particular, given the complex structure and disclosures, market participants have found it difficult to assess the true level of risk transferred by banks to investors in asset-backed securities, and thus faced significant opacity-induced recourse uncertainty. In a new paper, we examine the extent to which this uncertainty is associated with bank-specific stock price crash risk, defined as negatively skewed future returns. This examination is important, as stock price crashes have devastating effects on shareholder welfare, and awareness of such an association could be useful in managing risk through applications such as value-at-risk (VaR).

In a typical securitization, the issuer (i.e., a securitizing bank) transfers a pool of financial assets, such as mortgages and credit card receivables, to a special-purpose entity, a bankruptcy-remote entity that finances the acquisition of these assets by issuing debt in the form of beneficial interests. These interests typically consist of a hierarchy of risk-return tranches where the least (most) risky tranche earns the least (highest) return. Since banks have superior information (relative to investors) about the credit risk of the transferred assets, they provide some form of recourse to protect investors against potential losses from these assets. Securitization structures can differ substantially in the extent to which banks retain the risks associated with the securitized assets. Banks often provide contractual (“explicit”) recourse by retaining first-loss contractual interests. When the securitized assets under-perform, banks may also provide non-contractual (“implicit”) recourse to make up some portion of the losses not covered by the retained interest in securitized assets. Additionally, in nearly all securitizations, banks provide contractual representations and warranties that the securitized assets have stipulated characteristics. Violations of these clauses require banks to buy back the assets if requested by the purchasers.

Due to the complex structure and inadequate financial reporting, it is difficult for market participants to assess the extent of risk retained by the bank, regardless of the recourse form. Bank managers have incentives stemming from a variety of reasons (e.g., career concerns) to withhold bad news but not good news. The difficulty in evaluating the level of recourse by market participants is likely to enable the managers to conceal negative news about recourse for an extended period, which in turn increases the likelihood of future crashes. A good example is the 2007 bankruptcy of New Century, the second-largest subprime mortgage lender during 2006. The bankruptcy examiner lists two key accounting and disclosure issues that contributed to the collapse of New Century. First, the company significantly understated its repurchase reserve, a liability related to loans that New Century had sold but was potentially obligated to repurchase when the borrower defaulted shortly after the sale or because New Century failed to comply with the representations and warranties. Second, New Century overstated the value of retained interests in securitizations by using artificially low discount rate, prepayment, and credit loss forecasts in the valuation models. We expect the recourse uncertainty faced by market participants to be positively associated with banks’ future stock price crash risk.

More from the authors