Whatever It Takes to Win: Rivalry Increases Unethical Behaviour 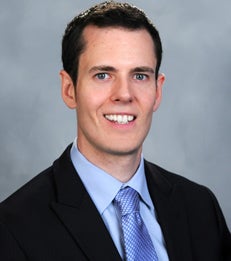 Rivals have a history with one another – and this history can magnify the psychological stakes of competition.

Rivalry is a competitive relationship that is built up over repeated and evenly-matched competition. There are many famous examples of rivalries gone awry. Many people still vividly remember the brutal sabotage attempt launched by Tonya Harding’s ex-husband against her rival Nancy Kerrigan in the 1994 Winter Olympics. Fewer may know that Thomas Edison and his right-hand man Harold Brown staged savage public electrocutions of animals in an attempt to spread fear over alternating current (AC), the form of electricity being promoted by Edison’s rival, Nikola Tesla. Examples of rivalry turned ugly are also prevalent in business, such as the ‘Dirty Tricks’ campaign launched by British Airways against Virgin Atlantic, which included stealing Virgin’s customer data and then lying to Virgin customers about their flights being canceled.

Despite all this anecdotal evidence, social scientists have not historically made any distinction between rivalry and mere competition. Nor had the link between rivalry and unethical behaviour been explored prior to our work. We consider rivalry to be a more personal form of competition in which a longstanding competitive relationship exists between the competitors. That is, rivals have a history with one another – and this history can magnify the psychological stakes of competition.

In this research, we sought to establish that rivalry can indeed increase behaviours such as lying, cheating, and sabotage, and to explore the psychological factors that explain why this happens. We conducted four studies to examine these questions. We found that games between rivals in Italy’s top football league, Serie A, were characterised by higher numbers of offences worthy of yellow and red card penalties (such as dangerous tackles or attempts to deceive the referee). We also found that students attending the Ohio State University were four times as likely to lie to students at the University of Michigan, Ohio State’s primary rival, as they were to lie to students from comparable, non-rival, institutions (the University of Virginia and the University of California, Berkeley).

Read the full article as published in the London School of Economics and Political Science Business Review.
__
Gavin J. Kilduff is an Assistant Professor of Management and Organizations.