We Take More Risks When We Compete Against Rivals 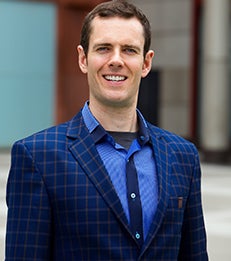 In organizations and industries in which experimentation, innovation, bold strategic moves, and thinking outside the box are valued (e.g., technology), rivalry could be an important lever for managers to pull to incentivize risk-taking.

Rivalry is everywhere. We see rivalries in sports, business, school, and basically any arena where there is competition.  Whether it is rivalry between people (Bill Gates versus Steve Jobs; Roger Federer versus Rafael Nadal), between organizations (e.g., Ford versus GM), or between nations (e.g., should U.S. soccer fans have rooted for rival Mexico in the World Cup?), there is something uniquely powerful about rivalry that differentiates it from others forms of competition and relationships.

There are many stories highlighting the benefits of rivalry, from how it makes competitors more motivated to how it helps them perform better.  For example, the rivalry between the Beatles and the Beach Boys is thought to have pushed both groups to greater levels of creativity and performance in their song-writing. Similarly, the rivalry between Intel and AMD is thought to have helped advance computer chip technology.

Yet despite the wealth of anecdotal evidence, scientific research into such rivalry relationships is scarce.  We’ve spent the last few years studying what makes rivalry unique, how it affects our behavior, and how it impacts organizations.

___
Gavin Kilduff is an Associate Professor of Management and Organizations at NYU Stern.
Share / Print