The Rules of Co-opetition 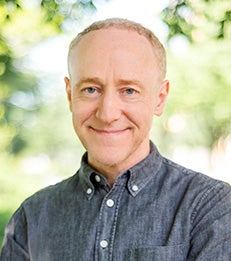 The moon landing just over 50 years ago is remembered as the culmination of a fierce competition between the United States and the USSR. But in fact, space exploration almost started with cooperation. President Kennedy proposed a joint mission to the moon when he met with Khrushchev in 1961 and again when he addressed the United Nations in 1963. It never came to pass, but in 1975 the Cold War rivals began working together on Apollo-Soyuz, and by 1998 the jointly managed International Space Station had ushered in an era of collaboration. Today a number of countries are trying to achieve a presence on the moon, and again there are calls for them to team up. Even the hypercompetitive Jeff Bezos and Elon Musk once met to discuss combining their Blue Origin and SpaceX ventures.

There is a name for the mix of competition and cooperation: co-opetition. In 1996, when we wrote a book about this phenomenon in business, instances of it were relatively rare. Now the practice is common in a wide range of industries, having been adopted by rivals such as Apple and Samsung, DHL and UPS, Ford and GM, and Google and Yahoo.

There are many reasons for competitors to cooperate. At the simplest level, it can be a way to save costs and avoid duplication of effort. If a project is too big or too risky for one company to manage, collaboration may be the only option. In other cases one party is better at doing A while the other is better at B, and they can trade skills. And even if one party is better at A and the other has no better B to offer, it may still make sense to share A at the right price.