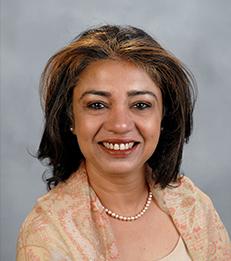 The Super Bowl is traditionally a place to introduce new products, companies and services and we will continue to see that. Then we will promptly forget about them unless there is a strong follow-through on and after Feb 3rd.
By Priya Raghubir
What ads really work in the Super Bowl? Humor? Kids? Animals? Sex? The surprise “unveiling?” If history is any indication, any and all combinations of these elements multiply a brand’s chances of producing a winning ad campaign.

So, what should we expect in 2019? More of the traditional “humor-sex-surprise-animals” or the more recent trends toward “quieter, politically correct” previews?  Here are my predictions for what we’ll see in this year’s ad campaigns:

The Big Unveiling of Ads

In recent years, as a nod to social media and wanting to leverage its power, firms began pre-releasing their ads. The goal was to garner views prior to the big game. It did garner views, but what Super Bowl advertising is all about is the invaluable watercooler buzz that gets created the next day and then for days and weeks to come. Viewing an ad, without context (or alcohol and friends!), leads to a fading memory trace. So, while the pre-release gets eyeballs, the memory fades faster than an ad watched in the first placement of the first pod – when everyone watching the game is waiting to see this year’s Super Bowl advertising. That position (frequently occupied by Bud), is one of the most recalled ads of the entire game. Interest levels are high. People are still capable of processing information with some level of cognitive ability. Plus, they are dying to have a good laugh. So, while some brands will continue to experiment with a social media release, I think we will see others save their “Big Unveiling” for the game.

In advertising, emotion works. Tugging at viewers’ heartstrings (with kids and animals), or arousing (as with sexual imagery), is typically a safe bet. In the last few years, we have seen a downplay of emotion in Super Bowl ads, possibly as part of an effort to mend the NFL’s image as one that condones domestic abuse and compromises player safety and instead rebranding NFL football as a kinder, gentler game.  The truth, however, is that football isn’t kind or gentle. Recasting macho men to showcase their feminine sides does not ring true and does not come across as authentic in the Super Bowl context. It loses the silly, irreverent elements that commonly make Super Bowl advertising work. I predict that this year we will see more authentic humor. It won’t be misogynistic, but it also won’t be a wishy-washy portrayal of men showcasing their feminine sides. If anything, we may see more women showcasing their strong, competitive sides while retaining their inner femininity.

Some Ad Dollars Will be Wasted

One of the constants in Super Bowl advertising is that some advertisers never learn. Once again this year, I expect that we will see a lot of money wasted. Companies will splurge $5MM on a 30 second ad that will not be recalled. One of the elements of successful advertising is repeat exposure: firms should save their money unless they can afford longer exposure (a 1 min or 2 min ad or multiple 15 second ones); or repeat their ads multiple times during the game. Very few brands will do this, unfortunately.  The rest will have flushed their advertising budgets down the toilet.

Socially-Responsible Messaging
I predict we will see more companies leveraging corporate social responsibility actions and messaging in their ads. In addition to the traditional four Ps of Marketing (place, product, promotion & price), marketers are increasingly considering a fifth “P:” the Planet. Similarly, in the 3C model of marketing, (customers, competitors & company), marketers are paying increasing attention to a fourth “C:” Community.

Celebrities are always a mainstay of advertising. I am sure we will see them this year, but it is unclear how much. In Super Bowl advertising, a celebrity’s presence alone does not add value; it’s what the brand does with the celebrity that makes their presence memorable.  Coke’s ad with “Mean” Joe Greene and Pepsi’s ad with Cindy Crawford are both strong examples. The Super Bowl is traditionally a place to introduce new products, companies and services and we will continue to see that. Then we will promptly forget about them unless there is a strong follow-through on and after Feb 3rd.

Also, cheers to (yet another) OT.  Based on this year’s match-up, I expect that the networks are already selling extra ad time.  And I can’t wait to tune in!

__
Priya Raghubir is Professor of Marketing at the NYU Stern School of Business.
Share / Print ▼

"Not Concerned with COVID? That's Your Bias Speaking,"
— 3.27.20
"Dating Debunked: Study Reveals that Men and Women Perceive Sexual Intentions Differently, with Men Often Overestimating Women’s Desires and Women Underreporting Theirs,"
— 7.27.17
"Prof. Priya Raghubir's research finds people spend more when carrying cash in smaller denominations,"
— 1.26.12
"In Competition, Men and Women Use Their Gender Strategically to Get Ahead,"
— 2.18.10