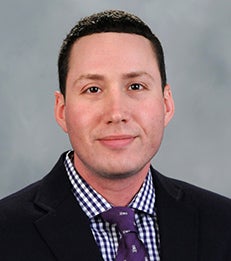 By Jason Greenberg and Ethan Mollick

The view that teams are superior to individuals has become so pervasive that it has become gospel among experts in the entrepreneurial ecosystem as well.

By Jason Greenberg and Ethan Mollick

Two heads may not be better than one when it comes to founding a startup. That’s the conclusion of new research from NYU Stern Professor Jason Greenberg, who studied thousands of ventures to bring some empirical discipline to an inquiry that has relied mostly on intuition.

Common wisdom has assumed that the value of having a team is additive or even synergistic, based primarily on the theory that starting a business requires a portfolio of skills and resources that few individuals possess. However, in “Sole Survivors: Solo Ventures versus Founding Teams,” Professor Greenberg and his co-author, Wharton’s Ethan Mollick, showed that companies started by solo founders survive longer and generate more revenue than those started by teams, while not performing significantly differently across various operating categories.

The authors’ unique dataset was comprised of companies that were crowdfunded via the Kickstarter site between 2009 and 2015, were eventually established formally, and whose performance could be followed for several years. For-profit and nonprofit companies were analyzed separately, and collectively they raised $151 million in crowdfunding and generated approximately $358 million in revenue.

The authors measured such key performance indicators as how the founders determined organizational roles; worked with third parties, manufacturing, and promotion; budgeted and managed finances, innovation and product development; and performed delivery and fulfillment.

Among other results, they found that solo founders were 55 percent less likely to dissolve their businesses than teams of three, and that for-profit ventures founded by lone entrepreneurs were about 2.5 times more likely to survive than team-founded ones. However, the reverse was true for nonprofits, where teams were about twice as likely to survive as solo ventures.

Given the results of this research, venture capitalists and other investors who traditionally shun solo-founded projects may wish to reconsider, Professor Greenberg points out. “Solo founders who succeed in crowdfunding have an array of skills that, while perhaps not as great as a top team, are sufficient in breadth for entrepreneurial success…These solo founders are also not subject to the same frictions and drags that occur when one (inevitably) disagrees with a co-founder.”