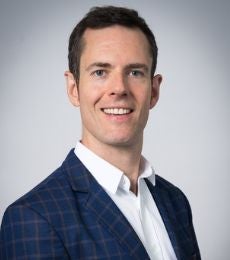 Rivalries have been around for as long as we can remember – within sports, academics and business. But how do rivalries between firms impact competitive strategy and rational behavior? A new paper by NYU Stern Professor Gavin Kilduff, “Interfirm Rational Rivalry: Implications For Competitive Strategy,” suggests that managers may make decisions based upon their firms' rivalry relationships with other firms, and the past experiences that led to the formation of these rivalries, rather than in a purely rational fashion on the basis of current information.

“Current theory in business strategy is very much based on a rational model of decision-making, where firms and their executives are thought to weigh the pros and cons on strategic decisions based on current market conditions and expected utility, and make decisions accordingly,” notes Professor Kilduff.  “I argue that firms’ and executives’ decisions are also motivated by more ‘hot’ emotional processes based on historical rivalries.”

Key takeaways from the paper include: Thus, managers and other players within some of the great business rivalries today (Apple vs. Samsung, Uber vs. Lyft, among others) may want to consider Professor Kilduff’s research, to understand the consequences of relational rivalry for macro-level strategic and competitive decisions.

The paper builds on Professor Kilduff’s previous research on rivalry, which has shown that past evenness and quantity of competition does indeed drive rivalry, which in turn affects motivation, risk-taking, and unethical behavior, among other things.  Professor Kilduff has published several papers on the topic of rivalry and his current paper was published in the December issue of the Academy of Management Review.
Share / Print