What Happens to Productivity When Large Companies Move to an Area? 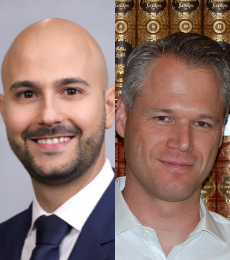 Why study this now: Local governments spend billions of dollars in subsidies every year for companies to locate within their areas. A common rationale for such place-based policies is that they raise the productivity of local workers and businesses. It is widely believed that these productivity gains are geographically localized - but is that all?

What the researchers found: Using confidential Census plant-level data, the study revealed that: Key insight: Productivity gains from large plant openings in an area don’t only affect the local economy - the effects can be felt in distant regions as well.

What does this change: It is widely believed that productivity gains from large companies relocating to a particular area are solely geographically localized. The research findings challenge this view; in fact, the study shows that the productivity spillovers from local place-based policies propagate throughout the economy of multiple faraway regions.

Final takeaways: According to the researchers, their “results are consistent with knowledge sharing among plants of the same firm: once the knowledge spills over to the firm's local plant, it can be freely shared with other plants of the same firm, even ones that are located far away. Accordingly, the benefits of local place-based policies may extend far beyond the geographical regions where the policies are implemented.”
Share / Print ▼
"Zombie Lending and Policy Traps,"
— 10.29.21
"How a Simple Tweak to a Federal Form Could Help Borrowers Potentially Avoid Defaulting on Student Loans,"
— 10.2.19
"Growth of Large Companies May Be Driving Wage Inequality,"
— 4.20.15