Why The Trump Tariff Increases Are All Wrong 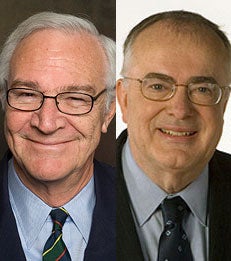 By ignoring the factual power of globally freer markets, the Trump Administration betrays a critical US legacy based on a core belief in markets that has overwhelming evidence to back it up.

It’s hard these days to find anyone concerned with the national interest who hasn’t been raised on the idea that tolerably efficient markets are better than rigged markets. Properly structured, they help ensure that resources are put to best use and the public has access to the best products and services at the best price. And when things like technology or preferences shift, market discipline assures structural change in the economy to redeploy resources from activities of the past to those of tomorrow. Of course there are always winners and losers – for sure in the short term – and adjusting to new realities can be painful, But in the end the system is stronger and grows faster than under any other arrangement that’s ever been tried. Best of all, market-based opportunities and market discipline works with human nature, not against it.

That’s the way it is with international trade and the notion of comparative advantage. People, companies and countries should focus on what they do relatively better than others and acquire what they don’t, each on terms determined by the market. In so doing, their welfare will be higher and its growth will be faster than it would be otherwise. Deviate from this principle, and a price will have to be paid in the form of lower welfare and slower growth.  There’s no way around it.

So what happened with President Trump’s plan to impose high tariffs on steel and aluminum imports? Maybe he and his advisers don’t believe basic economics. Maybe they believe international markets are already rigged, so a bit more won’t hurt. Maybe they think that we’ve done a really bad job getting people in distressed industries redeployed, so they deserve a break paid-for by healthier sectors and the general public. After all, politics is politics. And people who believe they are facing a bleak economic future – really an existential threat - form a powerful voting block. Meanwhile, those who will pay the tab for protection may hardly feel it and must rely on arguments based on the overarching principle of liberal markets. It can be an uneven political battle at times..

But there are plenty of cheaper and more effective ways of addressing the kinds of “fairness” issues that give rise to protectionism. Admittedly the US has had a poor record of walking the talk and successfully and efficiently helping to redeploy resources, notably labor. Farmers say there are two ways to harvest corn. One is conventional way in the cornfields. The other is to go behind the barn and seek-out the few whole kernels left in the hog manure. The Trump plan falls squarely in the second category, an economic blunderbuss that will hit importers, supply chains, exporters, foreign markets that take massive amounts of US exports, consumers - and maybe the US economy as a whole as some benefits of the Trump tax cuts are wasted on the inevitable costs of protectionism.

Much more than steel and aluminum is at stake here, notably the rules of the game that allow the benefits of market economics to work its magic on a global scale, where trade and specialization form one of the key drivers lifting welfare and growth among billions of people worldwide. Since 1937 the US has been the most important advocate of letting global markets do their work. The US has been instrumental in launching every round of global trade negotiations and every President across the political spectrum from Roosevelt to Kennedy to Nixon and onwards has identified America’s national interest fundamentally with freer international trade in both goods and services. The core principles are “non-discrimination” in how market-access is opened to competitors, domestic versus foreign, one country versus another, together with “reciprocity” – we open our markets to foreign suppliers in return for their opening markets to ours. Both can be lumped into “fairness” as in “free and fair markets.”

The fact is that well-functioning markets need rules that anchor its basic principles, along with effective dispute settlement procedures. Again the US was the motive force behind both the General Agreement on Tariffs and Trade (GATT) and later the World Trade Organization (WTO). And when countries want to accelerate the efficiency and growth benefits of freer markets, something that may not be possible on a global basis, they may set up regional trade arrangements like the original European Economic Community (now EU) or the North American Free Trade Association (NAFTA) – not quite as beneficial as freer global markets, but usually better than the status quo. That option has likewise been under Trump policy assault in the case of both the Trans-Pacific Partnership (TPP) and NAFTA.

By ignoring the factual power of globally freer markets, the Trump Administration betrays a critical US legacy based on a core belief in markets that has overwhelming evidence to back it up. It also betrays America’s legacy of leadership in creating the global institutions to make it happen. It puts the US on a slippery slope to some bad outcomes that will gradually become apparent and begin to poison the political chalice.

Does China practice trade fairness market discipline? Hardly. China takes few prisoners in state support for exports and strategic investments abroad, stiff-arming foreign players in its domestic markets when it suits them, or in the murky calculus of state-owned businesses and banks. And there’s not much light between political targeting and competitive targeting in China. Non-discrimination and reciprocity often don’t seem to be in the Chinese vocabulary. But like Japan a few decades ago, China has come under tough pressure from trading partners to play by the all-important rules of global trade. It will eventually feel the effects of the kind of resource misallocation that results from persistently violating the spirit of those rules.

In any case, the Trump tariff increases slam the EU and Canada and Mexcio, among the leading US partners in seeking to assure sustainably accessible global markets. Shooting yourself in the foot is not the best way to change the behavior of others. Or in Twitter-speak “Won’t work. All wrong. Really bad.”


___
Roy C. Smith is a Emeritus Professor of Management Practice. Ingo Walter is a Professor Emeritus of Finance
Share / Print
Back to Top