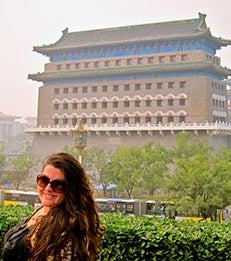 Spending alone will not teach China's brightest minds how to think innovatively. Reform in the education system is essential in order to foster imaginative ideas.

In November, Thomson Reuters released a list of the Top 100 Global Innovators. That list includes 40 American companies, 27 Japanese companies and one Liechtensteiner company. Not a single Chinese company made the list. While China has demonstrated its manufacturing prowess, the country has yet to prove that it can make the leap from imitator to innovator.

A number of factors contribute to the scarcity of innovation in China. Weak intellectual property protections disincentivize individual companies from funding research and development, leading to product replication over improvement. Another deterrent is the past success of the fast-follower strategy: domestic firms have profited from launching "the Chinese eBay" (TaoBao) and "the Chinese Google" (Baidu). There are few inducements to creating a new product when manufacturing fake Louis Vuitton handbags and Ray Ban sunglasses has created jobs and wealth throughout the country. But these are market factors. Fundamental issues in the education system further impede innovation in China.

There is an old joke in China that compares Chinese students to American students. Since Chinese was traditionally read up and down, Chinese students nodded in the affirmative as they read. English is read left to right on the other hand and so, American students shook their heads in disagreement while reading. The punch line is that the Chinese student obediently accepts information, while the American student questions it. This behavior spills over into the classroom: Chinese students (and teachers) view class meetings primarily as an opportunity for knowledge transfer. Debates are infrequent and openly questioning a Professor's logic is disrespectful. In my experience, students have been rewarded for memorization over analysis.

Classroom etiquette is not the only impediment to fostering innovative thinking. Another issue is the standard for academic integrity. Over the past four months at a Chinese university, I've observed varying degrees of this issue. Some students turn in assignments with portions copied directly from Wikipedia, hyperlinks still intact. Others pass off lecture slides from other classes as their own work. The most egregious incident that I observed was a presentation that employed a deck prepared by Ogilvy. The only change was that the Ogilvy logo was deleted and replaced with the names of six students. I am not aware of punishment in any of these cases.

These incidents do not demonstrate an ethical failing, in my opinion, but they do reveal that students in some Chinese institutions are not being incentivized to develop original ideas. Perhaps the lack of intellectual property protection has not only informed the way that Chinese companies do business, but also the way that some Chinese students complete schoolwork. Another argument can be made that compiling research is an important skill and the Chinese education system simply promotes this capability.

Yet the issue of innovation still looms large. It will be difficult for China to move from an export-driven economy to an economy driven by internal consumption without significant local innovation. The Chinese government is waking up to the fact that it must promote innovation. For instance, the 2011 Five-Year Plan calls for 2.2% of GDP to be spent on research and development. (This is an appropriate level: the U.S. has spent 2+% of GDP on R&D since the 1950s).

But spending alone will not teach China's brightest minds how to think innovatively. Reform in the education system is essential in order to foster imaginative ideas. Perhaps offering a course such as “Innovation & Design,” created by NYU Professor Luke Williams, would help Chinese students understand the process of and conditions for innovation. Most importantly, though, Chinese universities should consider reforming their standards for academic integrity. Manufacturing fake Louis Vuitton handbags may appear, from the perspective of a factory in Guangzhou, to be a sustainable business, but allowing China's emerging workforce to engage in academic fakery will only disadvantage its students and stall its economic goals.
Share / Print