Hey all! Its been a month or so since the last post. The weather has been getting less humid and is starting to even out to a perfect 25°C. As I have explored a large part of Hong Kong in my initial weeks here, I’ve been spending the weekends out exploring the other sights in Asia. The locations that I have managed to go to as of this posting include Macau, Shenzhen, Seoul, and Taiwan.

The first location on my roster was Macau. Getting there wasn’t an issue; I took the metro to a station where the ferries dock, and from there I buy a ticket to Macau. The tickets are a couple hundred HKD, which translates to less than a hundred USD, and the ferry ride was only 45 minutes long. The process is so easy that me and my friends would go there in the morning with nothing but money and our passports, and then come back late at night with just our passports. 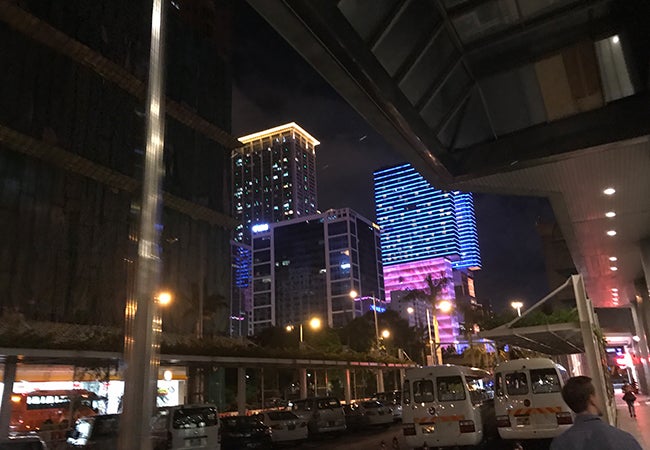 Before coming here, many have described this island to me as the Las Vegas of Hong Kong. Although similar in vibe, Macau is much less centralized than Las Vegas. The hotels and casinos are spread out throughout the island, but generally clusters around the Historic Centre of Macau, which is a UNESCO World Heritage area and is one of the main reasons for visiting Macau in the first place. The city has a strong fusion of the Asian and western culture, heritage and local cuisine. Some of the casinos here, such as the Grand Lisboa, were truly works of art and had amazing interior design that made us college students feel like celebrities.

Shenzhen was also an exciting experience, and going there was just as easy; simply taking the metro for an hour and a half will get you out into the border. After getting through customs and immigration, you can just take the fast Chinese metro to your destination. The city is very technologically advanced and easy to navigate, being one of the four top-tier cities in China. Having fun in the city generally encompasses shopping in the numerous huge malls, touring the hundreds of international exhibitions (such as the Window of the World, a miniaturized recreation of the world’s famous landmarks), or just trying out authentic but cheap Chinese food at every corner. All in all, this place is a low budget excursion away from Hong Kong and into the frontier city filled with many areas of interest and friendly expats.

My trip to Seoul was a lot more expensive than the former two trips. I had to take the plane this time after all. It wasn’t that expensive however, and the flight itself took 3 hours before landing on South Korean soil. My first impression was that it was prim and proper; the streets were constantly cleaned, and the people were very polite. The city itself was interestingly filled with contrasts between the old and new. I visited some of the palaces and traditional villages (most of which looked like the palaces and temples in China), and was struck by the how the ancient and traditional buildings contrasted with high rises immediately behind it. In large cities such as Gangnam, there would be multiple skyscrapers but in middle of them there would be parks and even tombs, looking out of place but giving a relief to those stressed from the busy city life. 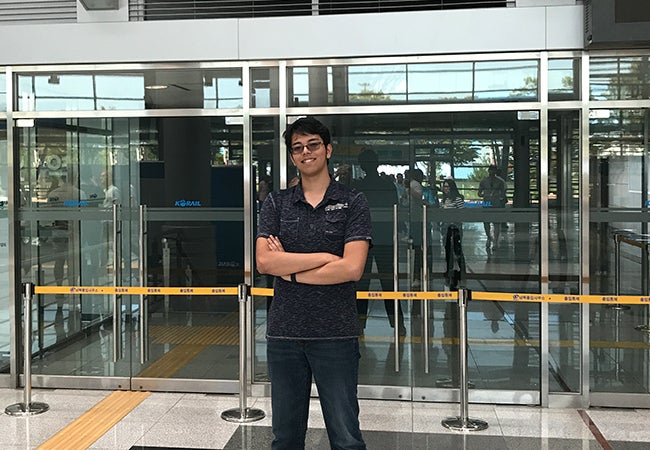 I would say that Taipei, Taiwan was probably the most fun trip. It was low budget (the flight, hostel, and food are very cheap there) and it was filled with fun activities to do. Among them, my favorite trip was to the Maokong Gondola, which has the best views of the entire city, especially at sunset. There is also the National Palace museum and the Chiang Kai-shek Memorial Hall, which has some interesting architecture. The hiking trails and mountains are quite neat, giving a more jungle-like vibe than the typical trails that people usually experience in Asia. But of course, the big highlight for Taipei was the food. Whether it was dumplings, hot pot, sushi, beef noodles, or even the bakery bread, each dish had such fragrance and savoriness that our group would always get second servings. With how cheap the food was, none of us were shy about eating our fill of the deliciousness that overwhelmed our taste buds. 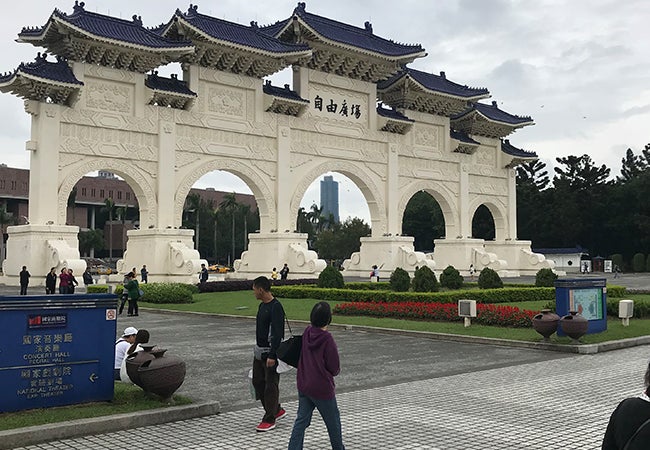 At HKUST, I felt very comfortable with how the professors taught, especially since many of them have a western background from prior working or teaching experience. HKUST specifically targets those types of professionals, which benefited many of the exchange students with the learning process significantly. The professors also use a blended learning platform to teach (i.e. they teach in class and expect students to do readings on course material), which is how Stern teaches their students anyway. Participation is encouraged in class, so the teachers become quite fond of the exchange students who are proactive and interested in the class material. 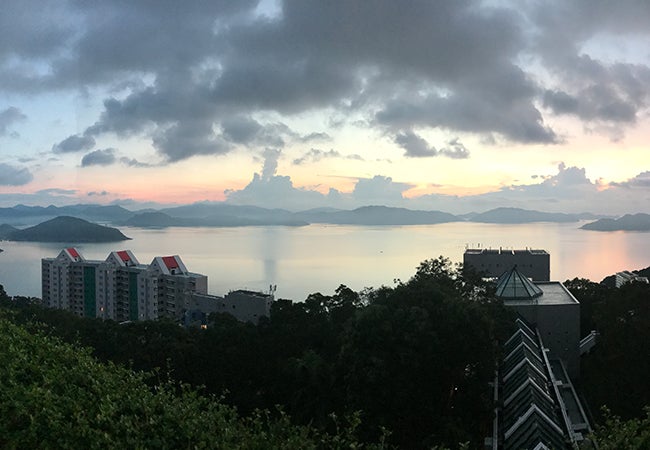 All in all, I’ve gone on several trips and have completed my midterms. I’m enjoying my exploration of Asia while doing well in my classes. So far so good.