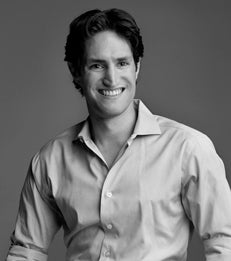 Because pattern detection is a core component of human intelligence, people with superior cognitive abilities may be equipped to efficiently learn and use stereotypes about social groups.

“Superior cognitive abilities are often associated with positive outcomes, such as academic achievement and social mobility,” says David Lick, a postdoctoral researcher in New York University’s Department of Psychology and the study’s lead author. “However, our work shows that some cognitive abilities can have negative consequences—specifically, that people who are adept at detecting patterns are especially quick to learn and apply social stereotypes.”

“The good news is we also found that these individuals are better able to diminish their stereotyping when presented with new patterns that challenge existing stereotypical associations,” adds co-author Jonathan Freeman, an assistant professor in NYU’s Department of Psychology and Center for Neural Science and whose lab Lick works in.

The study, which appears in the Journal of Experimental Psychology: General, also included Adam Alter, an associate professor in NYU’s Stern School of Business.

It’s been long established that the ability to detect patterns enables us to learn languages, recognize faces, and detect others’ emotions, among other benefits. In this research, the authors considered how pattern recognition could be detrimental in terms of social bias.

“Stereotypes are generalizations about the traits of social groups that are applied to individual members of those groups,” the authors note. “To make such generalizations, people must first detect a pattern among members of a particular group and then categorize an individual as belonging to that group.

“Because pattern detection is a core component of human intelligence, people with superior cognitive abilities may be equipped to efficiently learn and use stereotypes about social groups.”

To test this hypothesis, the researchers conducted a series of six online experiments on a total of 1,257 subjects from Amazon’s “Mechanical Turk,” a tool in which individuals are compensated for completing small tasks and is frequently used in running behavioral science studies.

Among the experiments was one in which the subjects were shown a series of male faces—some with wide noses and others with narrow noses. Each face was also paired with a description of past behavior. Some behaviors were friendly (e.g., “Sent flowers to someone who was sick”) while other behaviors were unfriendly (e.g., “Laughed and jeered at a homeless person”). Critically, the displays were manipulated so that most of the faces with a particular facial feature (e.g., wide noses) were paired with negative stereotypes.

After viewing the faces, subjects played an online trust game that involved a partner represented by an avatar. In the game, they chose how much money to allocate to their partner, which the partner could then split between both parties however they wanted. Importantly, the avatars’ noses were manipulated to be slightly wide or slightly narrow.

As the scientists predicted, subjects who scored higher on a test of pattern detection ability tended to behave in accordance with stereotypes. They allocated less money to partners whose avatars had wider or narrower noses (depending on which was associated with negative behaviors), despite the fact these avatars were presumably unrelated to those from the earlier task. Additional experiments using ‘priming’ tasks revealed the same bias but at a less conscious level, where subjects implicitly associated faces as more negative if they had a feature previously linked to negative behaviors (e.g., wider nose).

Critically, however, the researchers also found that superior pattern detectors could more readily update their stereotypes based on new knowledge, making them particularly susceptible to counter-stereotype training and the ability to change one’s existing bias. In a final experiment, the researchers first gauged subjects’ implicit gender stereotypes, such as the extent to which subjects implicitly associated men as being more authoritative and women as being more submissive. Then they exposed subjects to a series of counter-stereotypical gender concepts (e.g., women as authoritative, men as submissive) before again measuring subjects’ implicit gender stereotypes.

The results showed that exposure to counter-stereotypical gender traits led to a stronger reduction in stereotyping among subjects who scored high as opposed to low on a test of pattern detection ability.

“People with better pattern detection abilities are at greater risk of picking up on and applying stereotypes about social groups,” observes Lick. “However, what’s promising about our findings is that people with higher cognitive ability also tend to more readily update their stereotypes when confronted with new information.”

“Finding that higher pattern detection ability puts people at greater risk to detect and apply stereotypes, but also to reverse them, implicates this ability as a cognitive mechanism underlying stereotyping,” adds Freeman. “Our findings may help pave the way for future research that leverages pattern detection or other cognitive abilities for reducing social biases.”

The research was supported, in part, by a grant from the National Science Foundation (BCS-1423708).
Share / Print