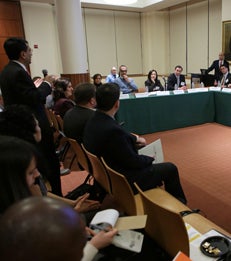 What we’re seeing here is bringing things together and making certain compromises that some people may disagree with. --Neri Bukspan

Academics, practitioners and policymakers gathered at NYU Stern on March 2 for a roundtable discussion on “The Biggest Change in Accounting Rules Ever: Proposed Global Standard on Accounting for Leases,” hosted by the Vincent C. Ross Institute of Accounting Research.

Industry experts discussed the potential consequences, costs and benefits of the Financial Accounting Standards Board (FASB) and International Accounting Standards Board’s Joint Project. The objective of the Joint Project is to increase transparency and comparability among organizations by recognizing leased assets and liabilities on the balance sheet and disclosing key information. The existing accounting models for leases require lessors and lessees to classify their leases as either capital leases or operating leases and to account for those leases differently. These models have been criticized for failing to meet the needs of the users of financial statements because the statements do not always provide an accurate representation of leasing transactions. 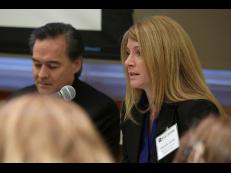 At the roundtable, Danielle Zeyher, project manager, leases, Financial Accounting Standards Board, gave an overview of the goals of the Joint Project and laid out changes and transition requirements. She provided a timeline of the project, noting that the effective date of the new standard has not yet been finalized but would likely take effect within a few years. 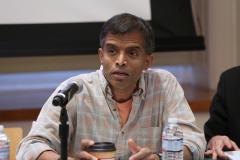 “We know the adjustments are not going to be a surprise to most investors in the market,” said Professor Aswath Damodaran, suggesting that investors are already factoring in adjusted lease costs. He asserted that the new standard would add an additional layer to investors’ calculations. 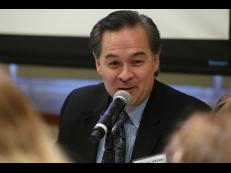 Michael Gullette, vice president, financial and accounting management, American Bankers Association, offered a banker-oriented perspective. He agreed with Professor Damodaran that bankers are already accounting for lease adjustments in their analyses. “Our real emphasis is on cost/benefits,” he noted, asking, “What are the incremental benefits [of the proposed standard]?” 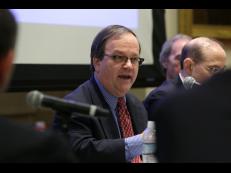 “There is strong resistance to change and that is one of the challenges of being a board member,” noted Tom Linsmeier, board member, Financial Accounting Standards Board. He observed that investors factor leases into their calculations in different ways and emphasized that the goal of the Joint Project is to have greater accuracy. “If I look at an airplane company and find no airplanes on the balance sheet,” he asked, “do I have a remotely factual statement?” 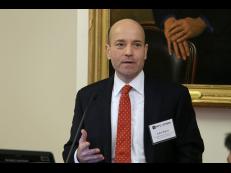 John Bober, managing director, global technical controller, GE Capital (representing Financial Executives International), noted that companies generally will not lease all of their critical assets. He also stressed that leases include not only large capital assets such as commercial buildings but also small-ticket items such as office equipment, with the average lease amounting to $20K to $30K. 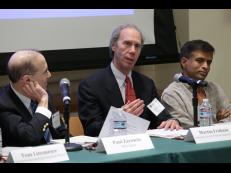 “The extent of resilience of companies is surprising,” noted Martin Fridson, CFA, chief investment officer, Lehmann Livian Fridson Advisors LLC. He discussed the claim that companies would be forced out of compliance with leases that have debt-to-equity requirements, given that the proposed standard would move more debt onto company balance sheets. He noted that this would be a rare outcome since lease terms are set based on GAAP standards at the time the lease was created. He also thought it was unlikely that activist investors would be able to use this scenario to gain advantage since “they would get blackballed on future deals.” 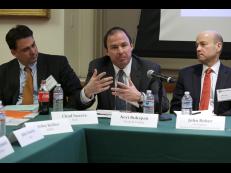 “What we’re seeing here is bringing things together and making certain compromises that some people may disagree with,” said Neri Bukspan, partner, financial accounting advisory services, Ernst & Young LLP. “I would echo what Aswath Damodaran said at the beginning: it won’t be a mess because people already know and are accounting for this.” 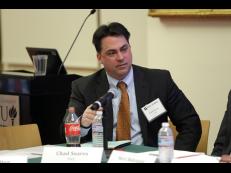