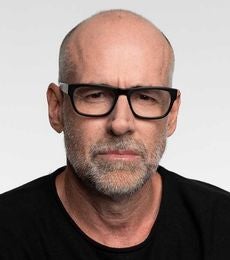 My first job out of UCLA was in the analyst program at Morgan Stanley, in the 1980s. Like most of my analyst class, I had no idea what investment banking was—only that we were at the helm of the capitalist bobsled and could make a lot of money. We paid scant consideration to the wider role finance played in society. We were charged with birthing the apex predator of the capitalist species, the public company. Our economic mission, we were told, was noble—we were making money helping other people raise money so they could invest money, so they could make more money.

I didn’t appreciate it at the time, but Ronald Reagan’s election in 1980 had cemented this ethos in both culture and government policy. At his inaugural address, the president had drawn the battle lines: “In this present crisis, government is not the solution to our problem; government is the problem.” In his presentation of American decline, labor and government had allied to suppress the shareholder class, producing an anemic economy that threatened the freedom to be successful. Reagan moved quickly to end the government’s restrictions on American economic might: high taxes on our most productive citizens, overregulation of business, and the beast of entitlement programs gnawing at the roots of capitalism. The Gipper ripped out liberalism and replaced it with rugged individualism and the “right to dream heroic dreams.”

The results were impressive. When I arrived on Wall Street a few years later, the economy was roaring. Gross domestic product grew every year of Reagan’s presidency but one, and inflation fell from 14 percent to 4 percent. In an ascending era of shareholder value, the Dow Jones Industrial Average, which had been drifting downward since the mid-1960s, doubled.

Read the full The Atlantic article.
___
Scott Galloway is a Professor of Marketing at NYU Stern.
Share / Print