Can Trump Find Common Ground with America’s Allies? Lessons from France and the G20 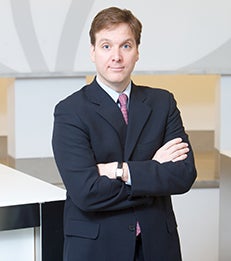 On the trade front, the Trump administration has signaled a willingness to walk away from trade deals that it deems unfair to American interests.

With Trump’s Bastille Day visit with France’s Emmanuel Macron ending on a high note, many are speculating whether this meeting resulted in more common ground in the wake of the G20 tensions. Looking back on this year’s G20 agenda and Trump’s meeting with Macron, three items dominated the dialogue: trade, immigration, and climate change. Part of the reason that these were central topics in this year’s confab is because the US has decided to pursue a more isolationist, protectionist, and inwardly focused nationalist agenda. Will last week’s visit with Macron soften Trump’s stance, or will the US continue to be on the outskirts of global conversations, as we saw happening in Hamburg?

On the trade front, the Trump administration has signaled a willingness to walk away from trade deals that it deems unfair to American interests. The administration has threatened to impose punitive tariffs on existing trading partners. It has threatened to eviscerate NAFTA. It withdrew the US from the Trans-Pacific Partnership (TPP) and scrapped the Transatlantic Trade and Investment Partnership (TTIP) shortly after President Trump’s inauguration. Unwilling to sit idly by, other countries have begun to step in to fill the void created by America’s abandonment of multilateral deals and its lack of leadership on global trade. As a substitute for the TPP, China has expressed an interest in forging closer trading ties with its Asian neighbors. Canada has negotiated its own version of the TTIP, the Comprehensive Economic and Trade Agreement (CETA). Japan has agreed, in principle, with the European Union to forge ahead with a new EU-Japan free trade pact. All this begs the question: Will increasingly allowing other countries—like China, Japan, Canada, and the EU—to set the terms of trade while the US sits on the sidelines prove costly to American interests? Will it weaken established relationships with traditional allies? Does it mark the end of multilateralism (e.g., TPP and TPIP) in favor of bilateralism (e.g., the EU-Japan pact) in trade relationships?

Immigration was another headliner at the G20. The civil war in Syria and its accompanying humanitarian crisis continues to generate waves of migrants seeking refuge in other countries. Immigration from Syria has taxed European countries like Italy and Greece and has sparked debates about the best way to handle asylum requests and humanely resettle refugees. Some European countries, like Germany, have been more welcoming to Syrian refugees. Others, like the Czech Republic, have been more reluctant to accommodate them. Of course, in the grand scheme of the Syrian crisis, the number of refugees resettled to Europe is quite small, approximately one hundred thousand. For countries like Jordan, Lebanon, and Turkey, the refugee crisis is more acute, with migrants numbering in the millions. The Trump administration has steadfastly held to its anti-Syrian immigrant stance; however, there is some hope that the US, along with its Western allies, will be able to make some modicum of progress towards brokering peace in the region. Can Macron, who has said the migrant crisis is a common challenge demanding a joint solution, convince Trump to re-evaluate his approach?

Finally, in the wake of the recent US repudiation of the Paris Climate Accord, discussions about how to make meaningful progress in curbing human contributions to global warming took center stage. Had the US remained party to the Accord, climate change would likely have been relegated to a footnote in this round of G20 meetings. However, Trump’s skepticism of climate science, and his belief that the Accord puts America at a disadvantage vis-à-vis other signatories, left world leaders flabbergasted. They wondered about the path forward—and how they can work with a central actor (a country with the world’s largest economy and one of the world’s largest emitters of CO2) unwilling to compromise on a solution. Trump has left the door open ever so slightly by signaling his willingness to consider alternatives to the Paris Climate Accord. But even so, the question remains: What are those alternatives, and what role will the Trump administration play in proposing, and marshaling support for, meaningful ones?

Leaders from G20 allies like Germany and France attempted to convince President Trump that it actually is in America’s best interest not to abandon the Paris Climate Accord. They tried to convince President Trump of the merits of pursuing more inclusive, less isolationist, and less protectionist policies. Their overtures did little to sway him. Macron tried again during Trump’s Bastille Day visit, but his effort is also likely to fall short. Trump remains wedded to a myopic interpretation of his “America First” agenda. However, one thing is clear: This year’s G20 central agenda items (trade, immigration, and climate change), along with Trump’s recent visit to France, have highlighted the increasing cultural, political, and economic gulf opening between the US and many of its developed country allies. This threatens to make America less relevant, less prosperous, and less safe in a world that now, more than ever, calls for greater leadership through collaboration.
___
Robert Salomon is an Associate Professor of Management and Organizations.
Share / Print
Back to Top