Lloyd Blankfein Legacy is a Headache for Solomon 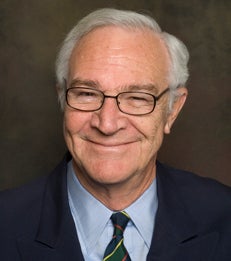 David Salomon’s job will be to figure out a way back to double digit growth that will be worthy of the Goldman DNA of the past.

Goldman Sachs‘ announcement on Tuesday that David Solomon will replace Lloyd Blankfein as CEO was expected, but when the actual change occurs on Oct 1 it will brings to an end the super-eventful 16-year period in which Blankfein reshaped the firm – not once but twice – while maintaining its preeminent role as one of the world’s foremost investment banks even through the worst financial crisis since the 1930s.

Blankfein took over as Fixed Income Commodities and Currency chief in 2002 just as the three-year “tech-wreck” crisis was ending. Working with Hank Paulson, Goldman’s CEO at the time, Blankfein smoothly managed a massive expansion of the firm’s trading business, transforming Goldman Sachs from a cautious, client-oriented investment bank into a global trading colossus engaged with “counterparties” all over the world. By 2006, when Blankfein replaced Paulson as CEO, more than 70% of the firm’s profits were from trading.

But, by the end of that year Blankfein and others among the firm’s top managers noticed changes in the housing market and sharply adjusted trading positions, which enabled the firm to survive the maelstrom that followed better than any of its competitors. But the crisis, and the regulatory aftermath that followed changed everything, so Goldman had to affect another transition -- to decrease its reliance on trading. In 2017, trading accounted for only about 20% of profits, about the same as 2000.

Read the full Financial News article.
___
Roy C. Smith is the former Kenneth G. Langone Professor of Entrepreneurship and Finance and is an Emeritus Professor of Management Practice
Share / Print
Back to Top