'High Flying Bird' Will Entertain You and Leave You Thinking 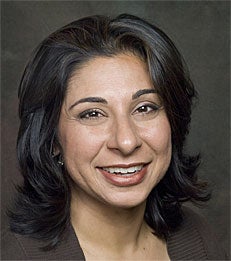 There are people working for - or wanting to work for - your company right now, waiting for your commitment to diversity and inclusion to bear its fruit.

This weekend, Netflix dropped a buzzy new movie called High Flying Bird.  A cross between Jerry Maguire, Ocean's 11, and Nine to Five, the film is about “when an NBA lockout sidelines his big rookie client [and] an agent hatches a bold plan to save their careers – and disrupt the league’s power structure”.  Directed by Steven Soderbergh (director of the Ocean's 11 franchise, Erin Brockovich, and Sex, Lies, and Videotape), it is being described as a “slam dunk” as well as an “exhilarating … caper.”  I, too, found the movie highly entertaining as it followed a rogue sports agent played by Moonlight star André Holland through his negotiations with star players, hardball lawyers, and quick-thinking assistants. He does the business equivalent of a fake crossover dribble, determined to win the game.

However, beyond its entertainment value, High Flying Bird also leaves the viewer with much to think about after the credits have rolled. Its searing analysis of the business of sports focuses on a basketball storyline which extrapolates easily to other sports. Its soaring creativity clutches the viewer’s attention like a loose ball, despite (or because of) being shot almost entirely on an iPhone in less than two weeks last March. Both the analysis and the filmmaking are rightfully receiving much attention from viewers and critics.

___
Dolly Chugh is an Associate Professor of Management and Organizations.
Share / Print