How Microaggressions Relate To Systemic Biases 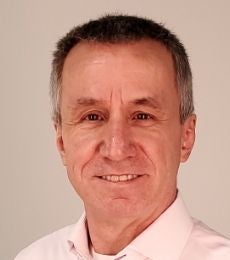 Inclusion, like privilege, is invisible: we only notice it when we don’t have it. As a fully privileged White man, it is extremely rare for me to feel excluded, and when I first started working in the Diversity & Inclusion (D&I) space, it was not easy to recognize (or acknowledge) the telltale signs of the privilege that impacts virtually every aspect of my life.

As I embarked on my new career, I first began noticing some of the more blatant examples or racism, sexism, ableism, ageism, and all the other -isms that impact individuals because of various personal traits: the men who would never let women get a word in during a meeting; the Black women who were mistaken for servers and asked to get coffee for a business meeting; the careless people who parked in front of a curb cut that someone in a wheelchair needed to get to their home; I even witnessed police brutality at the expense of two young Black students.

But just as our sensitivity increases when we learn a new skill, it didn’t take long to start noticing more and more situations in which perfectly nice people—often inadvertently—said or did things that, while seemingly harmless, revealed a lack of caring or awareness about people from different backgrounds. These are often referred to as microaggressions, “brief and commonplace daily verbal, behavioral or environmental indignities, whether intentional or unintentional, that communicate hostile, derogatory, or negative attitudes toward stigmatized or culturally marginalized groups.”