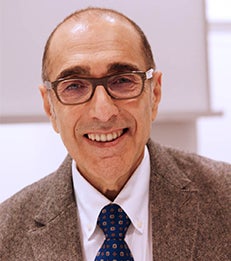 The standard ignores that lenders would rationally increase interest rates to compensate for whatever default risk and consequent non-payment of principal and/or interest they anticipate over the lifetime of the loan.

Beginning in 2020, the Financial Accounting Standards Board (FASB) will require large financial institutions and smaller banks to estimate and report loan losses upon origination according to the Current Expected Credit Loss (CECL) standard, commonly referred to as the loan-loss rule.

In recent congressional testimony, JPMorgan Chase CEO Jamie Dimon charged the rule will constrain banks and stymie lending. Even more portentously, CECL does not work: a major conceptual error in FASB’s guidance will cause significant losses to be reported where none exist and could result in a further significant decline in lending, which in turn could exacerbate a potential recession.

The loan-loss rule requires, upon origination, recognition of credit losses using economic forecasts over the contractual lives of loans and held-to-maturity debt securities.

Heroic assumption
One can appreciate the salutary transparency the anticipation of losses required by the FASB rule can engender. Financial statements would become less opaque, duly warning investors about impending losses; this was the raison d’être of FASB to revisit the model for estimating loan losses in response to the financial crisis of 2008.

However, the rule would require a heroic assumption: reasonable accuracy in estimating losses over the very long term, such as 30-year residential mortgages and student loans, especially when attempting to predict cyclical turns.

Read the full MarketWatch article.
__
Joshua Ronen is a professor of accounting at New York University Stern School of Business and co-editor of the Journal of Law, Finance, and Accounting
Share / Print