A DIY Valuation of Zomato 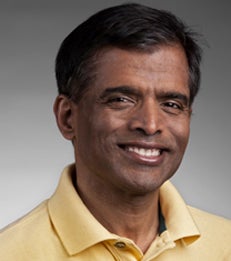 Just over a week ago, I valued Zomato ahead of its market debut, and as with almost every valuation that I do on this forum, I heard from many of you. Some of you felt that I was being far too generous in my assumptions about market share and profitability, for a company with no history of making money, and that I was overvaluing the company. Many others argued that I was understating the growth in the Indian food market and the company's potential to enter new markets, and thus undervaluing the company, a point that the market made even more emphatically by pricing the stock at about three times my estimated value. A few of you posited that I was missing the point entirely, and that Zomato is a trader's game, and that there are plenty of reasons for traders to be optimistic about its future prospects. In this article, rather than impose my story (and value) on you, I offer a template for telling your own story about Zomato, and arriving at your own estimate of value.

After I posted my valuation last week, I did find some of the portrayals of my article to be a little unsettling. Some started by describing me as some kind of valuation luminary, and then proceeding to describe what I did to arrive at value as the result of deeply insightful research. Let me dispel both delusions. First, there is nothing in valuation that merits the use of “expert” or “guru” as adescriptor, since it is for the most part, common sense, layered with a few valuation basics. Second, while valuation practitioners have created their own buzzwords to create an aura of mystery, and added complexities, often with no reason other than to intimidate outsiders, I believe that anyone should be able to value a company, as I hope to show later in this article. There was also some who misread my article to imply that I disliked Zomato as a company, or that I was trying to talk others out of investing in the company. Neither assertion is true, and since they relate to what I view as fundamental truths about investing, let me elaborate:

1. Good Company versus Good Investment: While it is true that, at least in my assessment, Zomato is overpriced, making it a bad investment, it does not follow that it is a bad company.