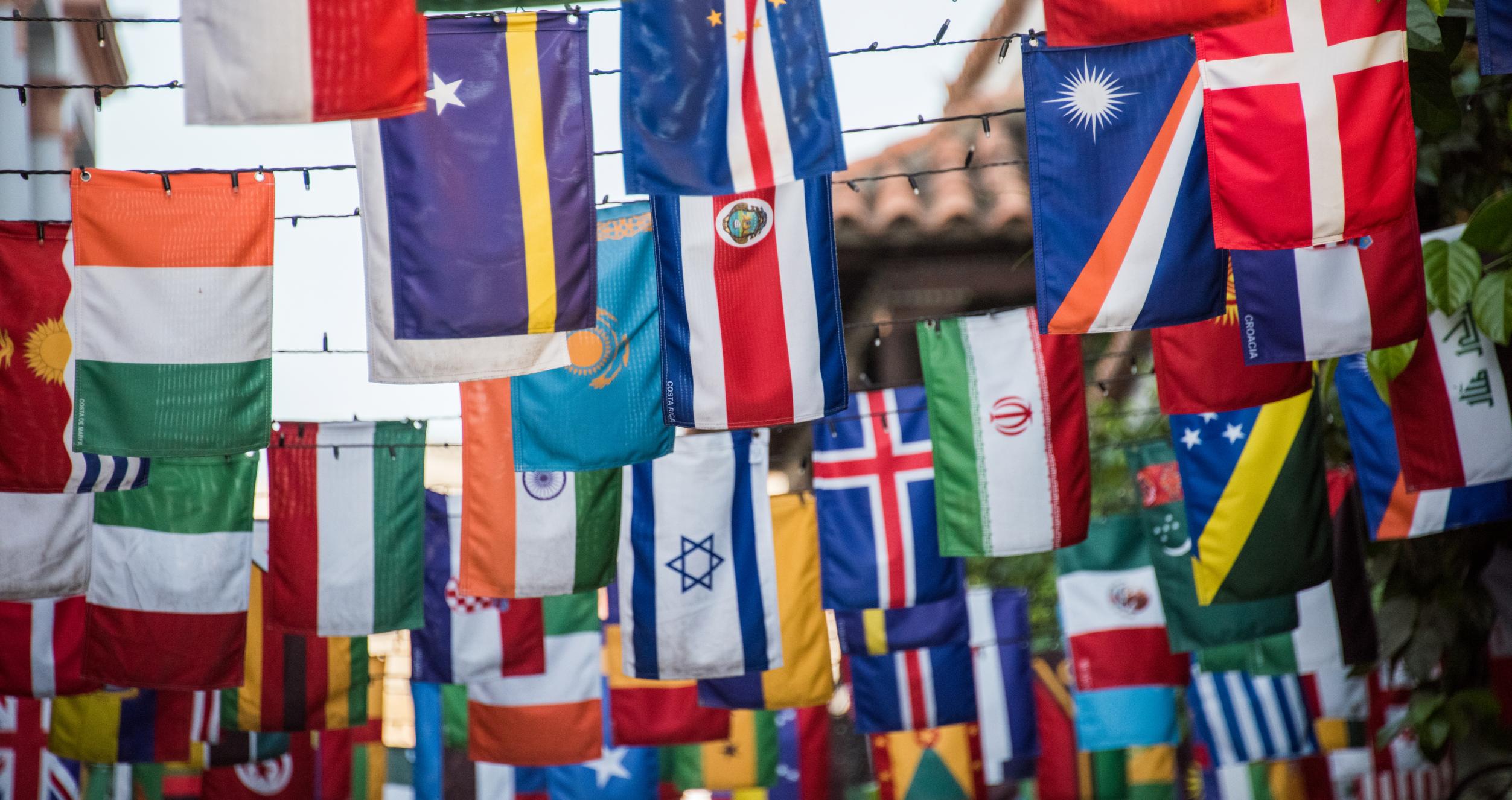 The first observance of the Federal legal holiday honoring the birthday of the Reverend Dr. Martin Luther King Jr. was established on January 20, 1986. This holiday serves as time for Americans to reflect on the principles of racial equality and nonviolent social change espoused by Dr. King.

In 1926, Dr. Carter G. Woodson instituted the first weeklong celebration to raise awareness of African Americans' contributions to history. Fifty years later, the week became a month, and today February is celebrated as African American History Month. The month of February was chosen because it celebrates the birthdays of Abraham Lincoln and Frederick Douglass, both of whom dramatically affected the lives of African Americans. Frederick Douglass (1817-95) was a writer, lecturer, editor, and civil rights activist who escaped slavery at age 21 and went on to campaign for the abolition of slavery, establish a newspaper, and hold the office of Minister to Haiti. He was a major voice in the antislavery/civil rights movement of his time. Abraham Lincoln (born February 12, 1809), as the sixteenth president of the United States, issued the Emancipation Proclamation on January 1, 1863, thereby declaring that all slaves within the Confederacy would be permanently free. Each year, the Association for the Study of African American Life and History (ASAALH), founded by Dr. Woodson, sets the theme for the month

National Women's History Month was established by presidential proclamation in order to draw attention to and improve the focus on women in historical studies. It began in New York City on March 8, 1857, when female textile workers marched in protest of unfair working conditions and unequal rights for women. It was one of the first organized strikes by working women, during which they called for a shorter work day and decent wages. Also on March 8, 1908, women workers in the needle trades marched through New York City's Lower East Side to protest child labor, sweatshop working conditions, and demand women's suffrage. Beginning in 1910, March 8 became annually observed as International Women's Day. Women's History Week was instituted in 1978 in an effort to begin adding women's history into educational curricula. In 1987, the National Women's History Project successfully petitioned the US Congress to include all of March as a celebration of the economic, political, and social contributions of women.

The roots of Asian American/Pacific American Heritage Month can be traced back to 1976, when Jeanie Jew, president of the Organization of Chinese American Women, contacted government officials in response to the lack of Asian Pacific representation in the US bicentennial celebrations that same year. The observance began in 1979 as Asian Heritage Week, established by congressional proclamation. In May 1990, the holiday was expanded further when President George HW Bush signed a proclamation making it month-long for that year. On October 23, 1992, President Bush signed legislation designating May of every year Asian American Pacific American Heritage Month. The month of May was chosen to commemorate two significant events in history: the immigration of the first Japanese immigrants to the United States on May 7, 1843, and the completion of the transcontinental railroad on May 10, 1869 (Golden Spike Day). The diversity and common experiences of the many ethnic groups are celebrated during Asian American Pacific American Heritage Month with numerous community festivals as well as government-sponsored activities.

In June 1969, patrons and supporters of the Stonewall Inn in New York City staged an uprising to resist the police harassment and persecution to which LGBT Americans were commonly subjected. This uprising marks the beginning of a movement to outlaw discriminatory laws and practices against LGBT Americans. Lesbian, Gay, Bisexual, and Transgender Pride Month commemorates the events of June 1969 and works to achieve equal justice and equal opportunity for LGBT Americans. In 1998, President Bill Clinton issued Executive Order 13087 expanding equal opportunity employment in the Federal Government by prohibiting discrimination based on sexual orientation. On June 2, 2000, President Clinton issued Proclamation No. 7316 for Gay and Lesbian Pride Month. On June 1, 2009, President Barack Obama issued Proclamation No. 8387 for Lesbian, Gay, Bisexual, and Transgender Pride Month. In this proclamation President Obama pointed to the contributions made by LGBT Americans both in promoting equal rights to all regardless of sexual orientation or gender identity and in broader initiatives such as the response to the global HIV pandemic. President Obama ended the proclamation by calling upon the people of the United States to "turn back discrimination and prejudice everywhere it exists."

Juneteenth is the oldest nationally celebrated commemoration of the ending of slavery in the United States. From its Galveston, Texas, origin in 1865, the observance of June 19 as the African American Emancipation Day has spread across the United States and beyond. Today Juneteenth commemorates African American freedom and emphasizes education and achievement. It is a day, a week, and in some areas a month marked with celebrations, guest speakers, picnics, and family gatherings. It is a time for reflection and rejoicing. It is a time for assessment, self-improvement, and for planning the future. Its growing popularity signifies a level of maturity and dignity in America long overdue. In cities across the country, people of all races, nationalities, and religions are joining hands to truthfully acknowledge a period in our history that shaped and continues to influence our society today. Sensitized to the conditions and experiences of others, only then can we make significant and lasting improvements in our society.

National Hispanic Heritage Month honors the culture, heritage, and contributions of Hispanic Americans each year. The event began in 1968 when Congress deemed the week, including September 15 and 16, National Hispanic Heritage Week to celebrate the contributions and achievements of the diverse cultures within the Hispanic community. The dates were chosen to commemorate two key historic events: Independence Day, honoring the formal signing of the Act of Independence for Costa Rica, El Salvador, Guatemala, Honduras, and Nicaragua (September 15, 1821), and Mexico's Independence Day, which denotes the beginning of the struggle against Spanish control (September 16, 1810). It was not until 1988 that the event was expanded to month-long period, which includes El Día de la Raza on October 12, celebrating the influences of the people who came after Christopher Columbus and the multicultural, multiethnic society that evolved as a result; Chile's Independence Day on September 18 (El Dieciocho); and Belize's Independence Day on September 21. Each year a different theme for the month is selected and a poster is created to reflect that theme.

The United States Congress, with the aim of helping disabled veterans, designated the first week of October as National Employ the Physically Handicapped Week in 1945. Seventeen years later, the word "physically" was removed from the phrase in order to recognize the needs and contributions of individuals with all types of disabilities. In the 1970s, a shift in disability public policy led to further amendments. For the first time, it was viewed as discriminatory to exclude or segregate people because of a disability, and activists were fighting strongly for legal revisions. As a result, the United States. saw changes such as the passage of the Americans with Disabilities Act in 1990 and the designation, by presidential proclamation, of a full month to increase public awareness of those with disabilities and appreciate the capabilities of the 30 million people in the United States of working age who are disabled. Various programs throughout the month headed by The Office of Disability Employment Policy emphasize specific employment barriers that still need to be addressed and eliminated.

A holiday in the United States that celebrates and honors Native American peoples and commemorates their histories and cultures. On October 8, 2021, President Joe Biden became the first US President to formally recognize the holiday, by signing a presidential proclamation declaring October 11, 2021, to be a national holiday.

National Coming Out Day (NCOD) is an annual LGBT awareness day observed on October 11, to support lesbian, gay, bisexual, and transgender people (also known as the LGBT community, sometimes also called the queer community) in "coming out of the closet". First celebrated in the United States in 1988, the initial idea was grounded in the feminist and gay liberation spirit of the personal being political, and the emphasis on the most basic form of activism being coming out to family, friends, and colleagues, and living life as an openly lesbian or gay person.

In 1976, Congress designated a week of October to celebrate Native American Awareness Week. The week served as recognition for the great influence American Indians have had upon the United States. Yearly legislation was enacted to continue the tradition until August 1990, when President George HW Bush approved the designation of November as National American Indian Heritage Month. Each year a similar proclamation is issued. President Bill Clinton noted in 1996, "Throughout our history, American Indian and Alaska Native peoples have been an integral part of the American character. Against all odds, America's first peoples have endured, and they remain a vital cultural, political, social, and moral presence." November is an appropriate month for the celebration because it is traditionally a time when many American Indians hold fall harvest and world-renewal ceremonies, powwows, dances, and various feasts. The holiday recognizes hundreds of different tribes and approximately 250 languages, and celebrates the history, tradition, and values of American Indians. National American Indian Heritage Month serves as a reminder of the positive effect native peoples have had on the cultural development and growth of the United States, as well as the struggles and challenges they have faced.

International Day of Persons with Disabilities

Each year on December 3, International Day of Persons with Disabilities promotes the rights and well-being of persons with disabilities. The day raises awareness of the political, economic, social and cultural aspects on how disability affects people around the world. More than 1 billion people in the world have a disability. At 15%t of the world’s population, persons with disabilities account for the world’s largest minority. Furthermore, one out of every seven people is affected by disability.  Wish to add a holiday, event, or observance? Email Dr. Mullins.