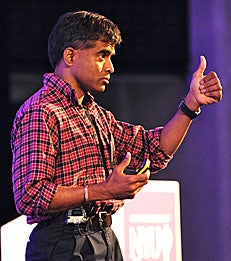 The U.S. tax code is a mess, creating perverse incentives for companies to borrow more than they should...

The U.S. tax code is a mess, creating perverse incentives for companies to borrow more than they should, invest less than they would like to and accumulate more cash than they need. If you are puzzled (or indignant) about why a company (Apple) with $150 billion in cash-in-hand would borrow $17 billion or what motivates a large US company (Pfizer) to try to acquire a UK-based company (Astra Zeneca) and then move its headquarters to London, you should blame those who write the tax laws, and not the companies in question.

You can write an entire thesis on what's wrong with the tax law, but let's focus on two of its most egregious corporate tax law features.

The first is that it rewards corporations for borrowing money, rather than using equity, by making interest expenses tax deductible but requiring payments to equity (dividends or buybacks) to come out of after-tax income. The second is that the U.S. corporations are required to pay the U.S. corporate tax rate on income that they generate in other parts of the world, though the tax has to be paid only when the income is brought back to the United States. The global taxation of U.S. corporate income has been a feature of US tax law for decades, but when it was written, the U.S. accounted for more than half of the global economy and U.S. corporations generated more than 90 percent of their revenues domestically.

Read the full article as published in CNBC.