RSVP here
This event is for Stern Undergraduate students only.

Catherine Rampell
Catherine Rampell writes a twice-weekly syndicated opinion column for The Washington Post. She is a politics and economics commentator for CNN, and a special correspondent for PBS Newshour’s Making Sen$e series. She frequently covers economics, public   policy, politics, and culture, with a special emphasis on data-driven journalism. Catherine previously worked at the New York Times as an economics reporter, founding editor of the award-winning Economix blog, and columnist for the New York Times Magazine’s “It’s   Economy” column. She also moonlit as a theater critic for the Times, reviewing Off-Broadway and Off-Off-Broadway plays. She is a regular guest on Marketplace and has appeared on many other radio and TV shows. Catherine received the Weidenbaum Center   Award for Evidence-Based Journalism and is a Gerald Loeb Award finalist. She grew up in Florida and graduated Phi Beta Kappa from Princeton. 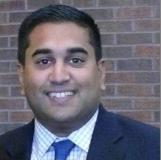 Sunil Abraham
Sunil Abraham is a senior technology investment banker at a global financial services firm headquartered in Japan. He previously held investment banking roles at Stifel, Thomas Weisel Partners, and Banc of America Securities. Mr. Abraham also worked at a technology-focused credit fund and at a private commercial real estate investment company. He received a BA from the University of Rochester where he double-majored in Computer Science and Economics.