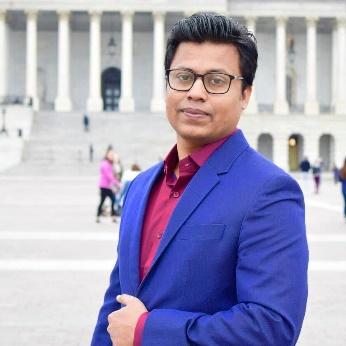 Before studying at NYU, Mr. Naoaj served the Central Bank of Bangladesh as a Deputy Director and International Monetary Fund as an Economist. He graduated from the University of Dhaka with MBA and BBA in Finance. He is also a CFA Charterholder. While at the Central Bank, he was a part of a team overseeing Bangladesh's financial sector development issues and conducting relevant research. At the IMF, he was a Brunei Article IV mission team member and co-authored several papers and briefs on central bank communication, natural disasters, and financial deepening.

Ryan Li is a student in the the NYU College of Arts and Sciences, where he is pursuing a double major in Economics and Data Science. He joined NYU Stern's DHL Initiative on Globalization in September 2021 as an Undergraduate Research Assistant.

Prior to working for initiative, Ryan interned at ReneSola Power Holdings, where he researched renewable energy policy in various states. Ryan also interned at the San Francisco World Affairs Council, where he helped organize their speaker series and student events. Ryan is a Contributing Writer for the NYU Economics Review and Treasurer for NYU Undergraduate History Society. Interests include international trade, domestic renewable energy markets and history of economic thought.