DHL Global Connectedness Index 2019 Update: Mapping the Current State of Global Flows
by Steven A. Altman and Phillip Bastian
DHL and NYU Stern School of Business released the 2019 update of the DHL Global Connectedness Index (GCI), which highlights key developments in international flows of capital, trade, information, and people. The new report shows that shrinking international capital flows caused global connectedness to dip slightly in 2018. However, despite strong headwinds in global geopolitics and trade, the GCI stayed close to its record high of 2017. The world remains more connected than at almost any other point in history, with no signs of a broad reversal of globalization so far.
December 2019, DHL

DHL Global Connectedness Index 2018: The State of Globalization in a Fragile World
by Steven A. Altman, Pankaj Ghemawat, and Phillip Bastian
DHL released the fifth edition of the DHL Global Connectedness Index (GCI) – a detailed analysis of globalization, measured by international flows of trade, capital, information and people. The new GCI report represents the first comprehensive assessment of developments in globalization across 169 countries and territories since the Brexit referendum in the United Kingdom and the 2016 presidential election in the United States. In spite of growing anti-globalization tensions in many countries, connectedness reached an all-time high in 2017, as the flows of trade, capital, information and people across national borders all intensified significantly for the first time since 2007. Strong economic growth boosted international flows while key policy changes such as US tariff increases had not yet been implemented.
February 2019, DHL

The New Global Road Map: Enduring Strategies for Turbulent Times
by Pankaj Ghemawat
Pankaj Ghemawat separates fact from fiction by giving readers a better understanding of the key trends affecting global business. He also explains how globalization levels around the world are changing, and where they are likely to go in the future. Using the most up-to-date data and analysis, Ghemawat dispels today's most dangerous myths and provides a clear view of the most critical issues facing policy makers in the years ahead.
May 2018, Harvard Business Review Press

Redefining Global Strategy, with a New Preface: Crossing Borders in a World Where Differences Still Matter
by Pankaj Ghemawat
Why do so many global strategies fail--despite companies' powerful brands and other border-crossing advantages? Because a one-size-fits-all strategy no longer stands a chance. Using in-depth examples, Ghemawat reveals how companies such as Cemex, Toyota, Procter & Gamble, Tata Consultancy Services, IBM, and GE Healthcare are adroitly managing cross-border differences. He also shares examples of other well-known companies that have failed at this challenge. Crucial for any business competing across borders, Redefining Global Strategy will help you make the most of our semiglobalized world.
May 2018, Harvard Business Review Press

The Laws of Globalization and Business Applications
by Pankaj Ghemawat
The Laws of Globalization and Business Applications provides a rigorous but readable data-driven discussion of globalization at the world, country, industry and firm levels. Supported by a free online appendix with a wealth of additional analysis, it is aimed at academics, students and thoughtful practitioners in business and public policy.
May 2018, Cambridge University Press

DHL Global Connectedness Index 2016: The State of Globalization in an Age of Ambiguity
by Pankaj Ghemawat and Steven A. Altman
DHL, the global logistics leader, today released the fourth edition of its Global Connectedness Index (GCI), a detailed analysis of the state of globalization around the world. The 2016 report shows that global connectedness, measured by cross-border flows of trade, capital, information and people, surpassed its 2007 pre-crisis peak during 2014. In 2015, globalization’s post-crisis expansion slowed, but the data indicate that it did not go into reverse. Currently available evidence – still preliminary in some areas – suggests that the world was about 8% more connected in 2015 than in 2005.
November 2016, DHL 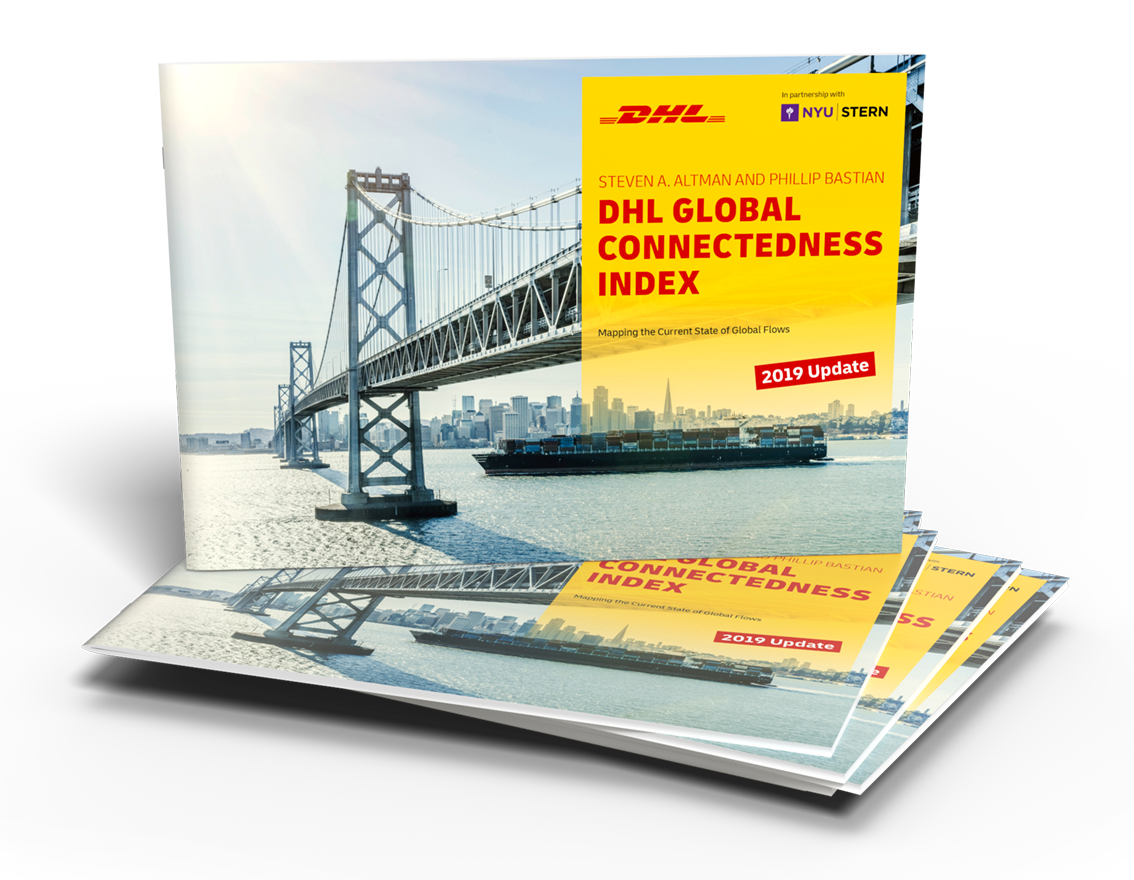