Jason shares his career path from finance, to the music industry, and tech. 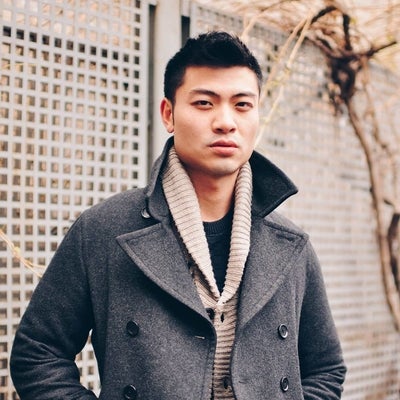 What is your role as Head of Business Development at Deezer focused on?

In my role at Deezer (leading music streaming service in France and top 4 globally), I lead our partnerships and deals with some of our most strategic partners, including Google and Microsoft. I look for opportunities where music will bring a lot of value to our joint customers. It’s also quite an exciting time to be in the music industry: Deezer has been enjoying rapid growth, as consumers around the globe are paying for music again. And our startup just became a unicorn, surpassing a $1 billion valuation.

What’s the most interesting part of your job?

Keeping tabs on how consumers shift how they’re listening to music. We need to be at the forefront of delivering the best audio experience, and it was exciting to work on our voice strategy and launch Deezer on the Google Home.


Walk me through your career path until Google, highlighting what you were looking for as you shifted from one role to another?

My career started quite early. I ran my first business at age 13 selling consumer electronics online. I ran it for five years and made enough profits to self-fund my college degree at NYU Stern.

After college, I went to Wall Street to get a crash course in finance and dealmaking, joining UBS as an investment banking analyst. During my tenure, the Great Recession hit which caused me to reassess my interests. I followed my passion and moved to the entertainment industry, taking on a strategy role at Disney working on Broadway shows such as The Lion King, Mary Poppins and Newsies. Following the theatrical stint, I joined Nickelodeon, the flagship TV business at Viacom, to broaden my entertainment scope.

As these traditional media companies became uprooted by a shift to digital consumption, I knew I wanted to expand my knowledge of digital and tech. I then moved to Google to lead music partnerships, working on deals in ad tech with streaming companies such as Spotify, iHeartMedia and SoundCloud.

What made you leave Google? How did you end up working with Fyre and what was your role?

I loved my job at Google, but I felt an itch to try something more entrepreneurial — inspired by my childhood business. I went on to launch a startup consultancy. One of the first projects I picked up was working with Fyre Media for about half a year — primarily to help launch the musician booking app. I was introduced to Fyre from Hired.com, and the recruiter sold me on the fact that it was a fast-growing, well-funded startup.

I was brought on as their CRO (Chief Revenue Officer) to build the booking marketplace business. At the time I joined, it was only about the booking app — there was no talk of a festival. I thought the app’s concept was brilliant: to create the Airbnb of booking talent, with a marketplace of musicians where you can book them for events and video shoutouts. This was to disrupt the traditional booking model, which today involves calls with agents, emails and a non-standard process.

In only a few months, we generated over half a million dollars-worth of gross bookings, and in taking a 10 percent cut, we made $57K. For a company less than a year old, and in beta, I was encouraged by this early traction, which showed demand for our service. We received confirmed bookings for weddings, corporate gigs and local events. If you’ve heard of the startup Cameo, they recently raised $50 million, and it’s a service where you can book your favorite celebrity to record a birthday shoutout for your best friend. And that was one of the product offerings in our booking app — before Cameo’s launch.

Unfortunately, our booking app never got to a general availability release — as our founders diverted significant company attention away from our core business to focus on a festival. I had strongly recommended against doing such an unscalable, one-time event (the opposite of our app that was indeed scalable), but the founders made the executive decision to greenlight the event. Fast forward a few months, and the entire company imploded because of the now infamous Fyre Festival. In looking back, although Fyre was one of my shortest professional experiences, it became one of the most intense learning moments of my career.

What lessons did you learn from Fyre, that can also be lessons for us all?

Fyre taught me a couple of key lessons. First, the glossier the pitch book, the more questions we need to ask; and don’t judge startups based on the cash raised. Fyre had raised $26 million, which gave me false confidence in the company. Second, PR and marketing can be extremely dangerous when there is abuse. The marketing team hired a PR agency that garnered us headlines like “Move over Coachella, Fyre is here” — when we shouldn’t have even been seeking that attention in the first place.

Third, it’s important to have a culture of psychological safety and transparency at work. We did not have full transparency into the decisions made by the founders (including the abrupt decision to do a festival), and we were allowed into meetings on an “as needed” basis. Fourth, we need to look for authenticity in the businesses we engage, and the people we surround ourselves with. Fyre exploited our society’s obsession with the entertainment industry. Fyre was capturing attention for all the wrong reasons, and took advantage of the fact that everyone wants to be a part of something cool and buzzworthy.


What did you do after Fyre?

I decided to jump back into a company on a growth trajectory, and joined Deezer to head up business development based in our Miami office. Having lived in New York most of my life, I welcomed the change of scenery (beaches!) and was excited to take what I’ve learned in working for big and small companies to help a challenger brand grow.

I also felt a responsibility to share my lessons from Fyre; I’ve done talks at Harvard and startup accelerators to provoke conversations about how we need to take action to prevent the next Fyre from happening again. As I shared my story with others, I learned that it was often relatable: episodes from Fyre are happening everyday in startup culture and corporate America. I’m working on a project with Theranos whistleblower Erika Cheung called Ethics in Entrepreneurship, where our mission is to train our future generation of leaders to use ethics as a foundational element in their decision-making.

How do you stay connected to Stern and NYU?

I was the previous co-chair of the NYU LGBTQ Alumni Network. I had also served on the Entertainment, Media and Technology alumni committee. NYU is an amazing network, with the brightest minds, and I try my best to give my time back to this community whenever I can.

What's your favorite place to eat in Miami?

This is a tough one. I’d say Palmar in Wynwood, in the burgeoning arts scene of Miami. It’s a lovely Chinese restaurant with a tropical vibe, with the owner and chef of Venezuelan and Colombian descent.

Where was the last place you went for vacation?

Cuba. I met some of the most down-to-earth and happiest people on this planet there. The economy is struggling, which perhaps made it even more powerful to see the huge heart of the Cuban people. We booked an Airbnb Experience to Vinales, the countryside, and spent a day with a lovely family who showed us their daily lives, their tobacco farm, and cooked us the best Cuban food I’ve ever had. It was truly magical.

Netflix’s FYRE… I kid. By the way, FYRE was nominated for four Emmys. If you watch closely, you’ll see me in a couple of scenes — because the founders hired a film crew to come into Fyre’s Tribeca offices to make a documentary about how amazing the festival would turn out. Of course, it got repurposed for the complete opposite. Though I guess you can say I’m in a Emmy-nominated film :)