A gala award dinner that celebrates NYU Stern’s most loyal and generous supporters.

The annual Haskins Award Dinner is one of NYU Stern's most esteemed and longest-standing events. Since the inaugural dinner in 1980, held at Fifth Avenue's famed St. Regis Hotel, this event has honored the School's most generous donors and the recipient of the Charles Waldo Haskins Award, recognized for outstanding achievement in business and public service. 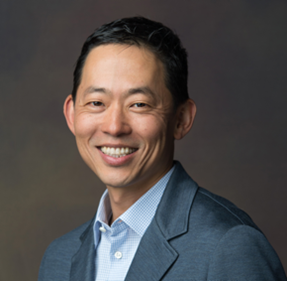 David Ko is the co-CEO and serves on the Board of Directors of Calm, the leading app for sleep, meditation, and relaxation. Prior to joining Calm, David was the co-founder and CEO of the health tech company Ripple Health Group (RHG). The company was acquired by Calm in 2022 to help build out its mental health capabilities.

Before founding his own company, David was a Board Member, President and COO of Rally Health, a digital health company. Rally’s solutions are available to nearly 55 million people through health plans, care providers, and more than 200,000 employers. Rally was acquired by UnitedHealth Group in 2017.

David was also the COO at Zynga, which he helped take public in December 2011. Prior to his work at Zynga, he spent 10 years at Yahoo! in various senior executive roles, including SVP of Yahoo!’s audience, mobile, and local businesses.

He also serves on a variety of boards at his alma mater, New York University Stern School of Business, including the Executive Board and Tech Advisory Board. Through his involvement, he helped launch the Andre Koo Tech MBA program, and in 2016 he established the NYU Stern Venture Fellows program for aspiring entrepreneurs.

Alumni and guests gathered at the Plaza Hotel for the Annual Haskins Giving Society Award Dinner, a celebration to honor NYU Stern’s most generous donors and their commitment to the School.